Memorial Cup; The Year of Champions 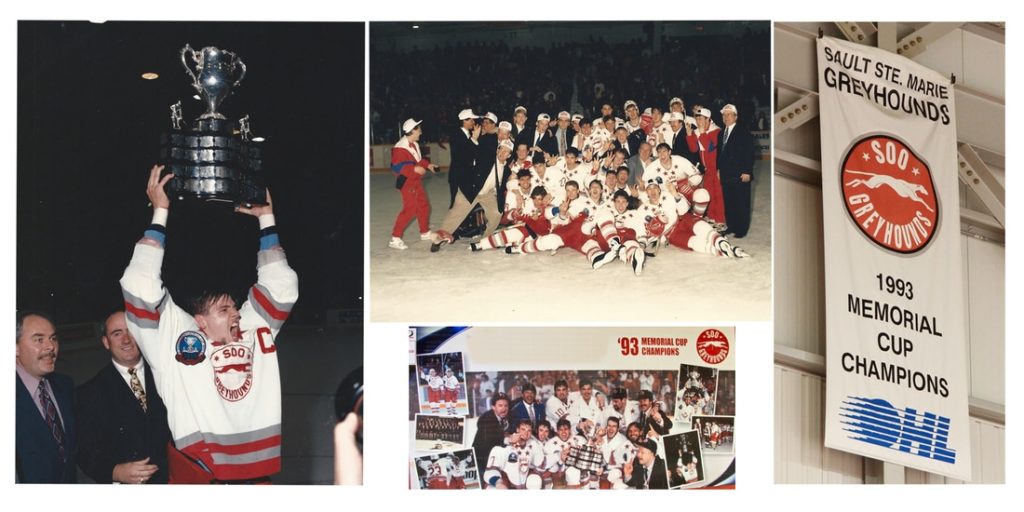 The Memorial Cup is the most sought after trophy in junior hockey, and it’s rich tradition has shaped the way junior hockey is played in North America.  The original name of the trophy was the OHA Memorial Cup, as it was donated by the Ontario Hockey Association in March 1919 in remembrance of the many soldiers who paid the supreme sacrifice for Canada in World War I.  Initially, it was awarded to the national junior champion in Canada and later to signify Junior “A” supremacy beginning in 1934 when junior hockey in Canada was divided into “A” and “B” classes.  In 1971, when Junior A Hockey was divided into major junior and Tier II junior A, the Memorial Cup was again awarded to the higher category, given to the major junior champion.  In 1972, a round robin tournament format replaced the old play-down system to decide the champion.  Since then, the champions of the Western, Quebec Major Junior and Ontario Hockey leagues meet each spring in a round-robin series with the top two teams playing off in a sudden-death game for the cup.

The Memorial cup became an international trophy as the tournament was held outside Canada for the first time when the Portland Memorial Colliseum was the site for the 1983 championships.  The host Winter Hawks took home the title that year to become the first-ever non-Canadian winner.  Again in 1986, Portland hosted the event as well in Seattle in 1992.  In 1991, the Spokane Chiefs became just the second U.S. based team to win the title.

MAY 23, 1992 – Soo Greyhounds Win Memorial Cup!
The proudest moment in the Soo Greyhounds history took place on May 23, 1993 when the club won it’s first ever Memorial Cup Championship.  The Hounds, who entered as the host team, defeated the OHL champion Peterborough Petes 4-2 in front of over 4500 fans at the Sault Memorial Gardens.

The Greyhounds, coached by Ted Nolan, earned the right to host the Memorial Cup by defeating the Peterborough Petes in a Super Series.  Forwards Chad Penney and Ralph Intranuovo were the Soo’s top scorers during the round-robin event with 7 points each.  Penney had 5 goals and 2 assists while Intranuovo, the tournament’s Most Valualbe Player, had 3 goals and 4 assists.  kevin Hodson was the tournament’s top goaltender as he posted a 3.00 goals against average in 4 games.  Hodson, Penney, Intranuovo, and defenseman Drew Bannister were all named to the Memorial Cup All-Star team.

The 1993 event was the Soo’s fourth appearance in franchise history at the prestigeous Memorial Cup tournament.  They were also participants in 1985 in Shawinigan/Drummondville, 1991 in Quebec City and 1992 in Seattle.