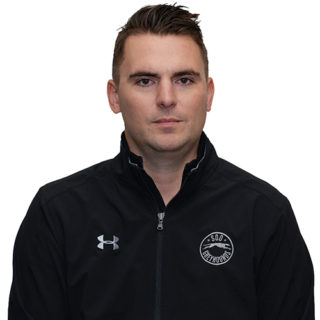 Kyle completed his sixth season as General Manager of the Greyhounds in the 2019-20 season.

Under his guidance the Greyhounds have an overall regular season record of 234-78-20-8 (0.729 winning percentage) the past five seasons.
They have been recipient of the Angelo Bumbacco Trophy symbolic of West Division Champions on three occasions (2017-18, 2016-17, 2014-15), Hamilton Spectator Trophy symbolic of the team finishing first overall in the OHL regular season twice (2018, 2015) while advancing to the OHL Championship series in 2018.
Twice the Greyhounds have re-wrote franchise records for both wins and points (2014-15 and 2017-18).

The Program has continued it’s excellence in developing players for the professional and international stages under the watchful eye of Kyle.
Over the past five years, thirteen players have been selected in the NHL Entry Draft and later signed, while the teams has continued to provide talent to both the World Junior Hockey Championship and CHL/NHL Top Prospects game.

The 33-year old native of Brampton, ON joined the Hounds after serving as the Director of Recruiting, Education Service and Player Development with the Ontario Hockey League.

In that role he was responsible for developing and implementing League recruitment strategy and activities, liaising with post-secondary institutions while managing the Scholarship Program for the OHL graduate players and coordinating and facilitating OHL development initiatives with Minor Midget teams across Ontario and parts of the U.S.

As a player, Kyle spent five seasons in the OHL between the Oshawa Generals, Kingston Frontenacs and culminating with a league championship and Memorial Cup appearance with the Peterborough Petes in 2005-06.He later spent three years with Dalhousie University (Halifax/Truro, NS) where he graduated with Bachelor of Business Management. 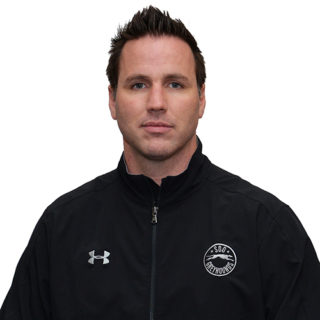 John completed his second season as Head Coach of the Greyhounds in the 2019-20 season after being hired on July 12, 2018.

The 39-year old Dean joined the Greyhounds after spending 2017-18 as Head Coach / Assistant GM of the Toronto Patriots of the Ontario Junior Hockey League (OJHL).

There, John led the club to a league-best 40-8-3-3 regular season record before being named the league’s Coach of the Year.
He was also Head Coach of Team East at the CJHL Prospects game.

Dean, a forward, spent his Major Junior career playing mainly with the North Bay Centennials before a three-year professional career (2001-02 to 2003-04) with the Amarillo Gorillas of the Central Hockey League.

After retiring from pro hockey, the Don Mills ON product earned a degree in marketing from York University while since 2010 he has owned “Players First Hockey”, a hockey development program designed for all ages and skill levels of athletes from house league to NHL players. 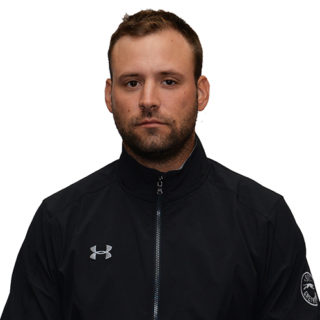 Jordan completed his second season as Associate Coach of the Greyhounds in the 2019-20 season after being hired on July 19, 2018.

The 34-year old Sault Ste. Marie product joined the Greyhound after holding the same position previously (2017-18) with the Sudbury Wolves.

Prior to his work in the Ontario Hockey League, Smith began his coaching career with the Thunder Bay North Stars of the SIJHL (2012-13) before spending four seasons (2013-14 to 2016-17) with the Soo Thunderbirds of the NOJHL.

With the Thunderbirds, Smith led the club to four consecutive West Division titles while accumulating an overall win-loss record of 176-29-10-3 and leading them to the 2015 Dudley Hewitt Cup (Central Canadian Championship).

After being selected in the 2nd Round (39th overall) of the 2004 NHL Entry Draft, Jordan would play two seasons in the American Hockey League before his professional career was cut short due to injury.
He would finish playing as a member of the OUA Lakehead University Thunderwolves. 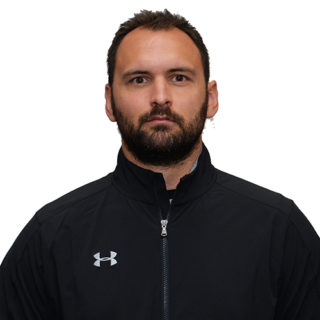 Jamie completed his second season as Assistant Coach of the Greyhounds in the 2019-20 season after being hired on July 26, 2018.

The 34 year old, Welland, ON native stepped behind the bench full-time fresh off a professional career that concluded in 2017-18 as a Player/Assistant Coach with the Quad City Mallards of the East Coast Hockey League (ECHL).

Jamie played his entire Major Junior career (2001-02 to 2005-06) with the Peterborough Petes including competing his final season as Captain of the OHL championship-winning club.

Originally drafted in the 4th Round (112th overall) of the 2003 NHL Entry Draft by the Calgary Flames, Tardif went on to a 12-year professional career that saw him among clubs in the ECHL, American Hockey League (AHL), National Hockey League (NHL) and DEL (German Professional Ice Hockey League). 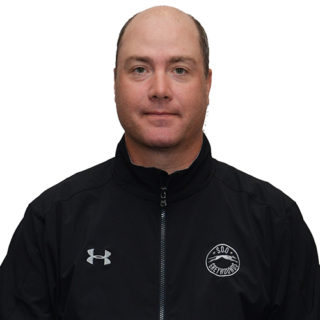 Dan completed his fourth season as Goalie Coach of the Greyhounds in the 2019-20 season after being hired on August 9, 2016.

The 43-year old Port Hope, ON native’s coaching experience with goaltender’s is extensive at the Junior, University and academy level.
From 2010-2016 Dan has held the same position with the OJHL’s Cobourg Cougars where under his guidance the Cougars’ goalies have been ranked in the Top 10 of the league every season.
Meanwhile his other experience includes positions as a Goalie Consultant with the St. Lawrence University Saints (NCAA Div. 1 ECAC) in 2015-16 along with work as Goalie Coach with the UOIT Ridgebacks (CIS)

Stewart earned a degree in Business Management (St. Mary’s University) before starting the Connecticut Crease Elite Goalie school based out of New England.
Conneticut Crease is the longest-running private hockey goalie training facility in the State, holding a client roster of more than 300 goalies.
He has since opened CT Crease Canada working with many high level goalies in Southern Ontario.