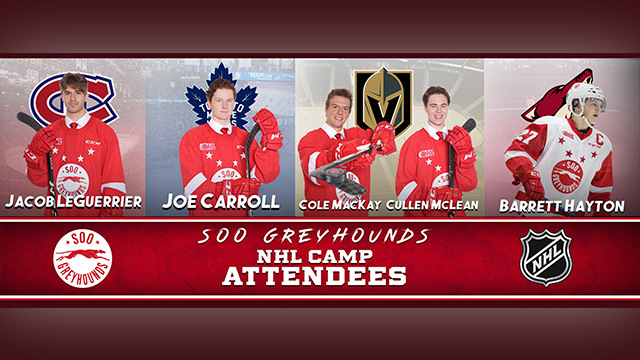 With Training Camp 2019 in the rearview mirror, the scene shifts for five (5) members of the Program who are taking part in NHL Rookie and Training Camps beginning this week.

Those players departed Sault Ste. Marie earlier this week headed to various destinations across North American as they checked in among NHL veterans and CHL attendees.

Here’s a look at #HoundPower, who’s going where and some details of the various camps:

Stay tuned to www.soogreyhounds.com as the days progress as we will keep you updated on the progress of the players throughout the events and heading into the Hounds upcoming exhibition contests and 2019-20 #OHLOpeningWeek.