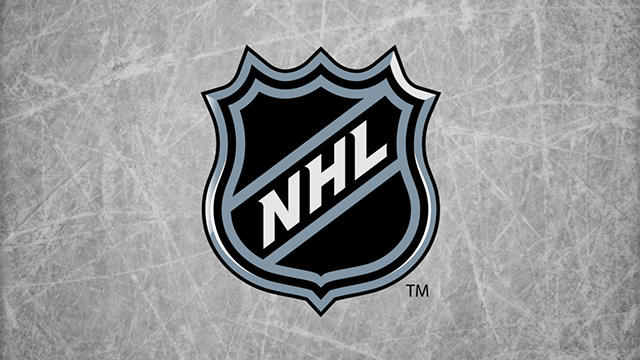 With Training Camp in the rearview mirror, the scene shifts for nine (9) members of the Program who are taking part in NHL Rookie and Training Camps beginning this week.

Players departed Sault Ste. Marie earlier this week headed to various destinations across North American as they checked in among NHL veterans and CHL attendees experiencing the big stage for the first time.

Here’s a look at #HoundPower, who’s going where and some details of the various camps:

MATTHEW VILLALTA – LA KINGS (3rd Round, 2017)
Los Angeles’ rookie camp begins today at the Toyota Sports Center in El Segundo and concludes with two games against the newest entry, the Vegas Golden Knights on September 12 and 13.

Villalta is among four goalies attending the camp.

To view more details and the complete roster CLICK HERE.

MORGAN FROST – PHILADELPHIA FLYERS (1st Round, 2017)
The Flyers Rookie Camp begins on Monday, September 11 and will run for three days head of their Rookie Game versus the New York Islanders on September 13.

CONOR TIMMINS – COLORADO AVALANCHE (2nd Round, 2017)
Colorado will hold their rookie camp from September 14-16 with on-ice portions of the camp being held on September 15 and 16 at the South Suburban Family Sports Center in Centennial.

Concluding the game will be the club’s annual Burgundy/White Game at Magness Arena on the campus of the University of Denver on September 17th.

Meanwhile, starting tomorrow Avalanche Rookies, prospects and other invitees will take part in the San Jose Sharks Prospects Showcase tournament on the 9th to 12th.

More information can be found HERE.

Gettinger is among a list of returnees from last year’s team attending for the Rangers.

JACK KOPACKA – ANAHEIM DUCKS (4th Round, 2016)
Yesterday, Anaheim’s 2017 Rookie camp got underway with Day 1 of the five-day camp that will see a total of 27 players take part.

Kopacka is among a roster that features sixteen total forwards.

The camp takes part at The Rinks – Anaheim ICE before the club flys to San Jose for the 2017 Prospect Showcase that features the Ducks, Sharks, Coyotes and Avalanche.

Further details can be found at https://www.nhl.com/ducks/news/jones-steel-among-ducks-rookies-looking-to-make-the-jump/c-290919778

BORIS KATCHOUK – TAMPA BAY LIGHTNING (2nd Round, 2016)
Weather in Florida, and Hurricane Irma, has put the schedule for the Lightning’s Rookie camp in flux.

While the camp did open yesterday, practices will now take place at the Amalie Arena with other details still being completed.

This is the Hurricanes eight year in the tournament and they will be attempting to defend a 4-0 championship title from last season.

With a roster of 29 prospects taking part in practices this week before a four-team tournament in San Jose that begins on Saturday.

Arizona has a rundown of the proceedings HERE.

Stay tuned to www.soogreyhounds.com as the days progress as we will keep you updated on the progress of the players throughout the events and heading into the Hounds upcoming exhibition contests and 2017-18 #OHLOpeningWeek.