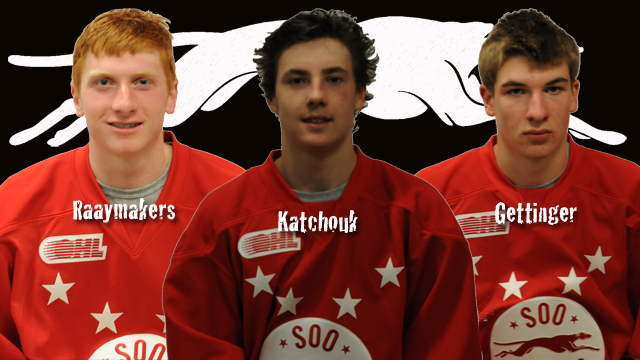 Earlier today the Soo Greyhounds confirmed three members of their 2014 draft class have committed to the Program in left wingers BORIS KATCHOUK and TIMMY GETTINGER along with goaltender JOSEPH RAAYMAKERS.

“We are very pleased today to formally announce and welcome these three young men and their families to our hockey program” began Greyhounds GM Kyle Dubas.

“All three young men have been invited to National U17 camps this summer where they will be competing against the best in the 1998 age class while representing our Program” he continued.

Katchouk, selected in the 2nd Round of the 2014 OHL Priority Selection played last season with the Waterloo Wolves Minor Midgets.
In 29 games played had 25 goals and 33 assists, good for 58 points.

“It (signing) means a lot because it gives me more motivation to pursue my hockey dream and keep playing at the highest level possible” started Boris.

“It’s a true honour to be part of such a great organization like the Soo because a lot of great player’s have played through this team and have met their goals.  Now it’s my turn to start something very special and I hope to win a Memorial Cup”

Raaymakers, taken with the Hounds second pick in the 2nd round was a member of his hometown Chatham-Kent Cyclones Minor Midgets.
In 17 games played he appeared in 730 minutes compiling a 2.88 GAA.

“As we walked in the room for the exit meetings and later signed I was really excited about it and to have my parents right beside me was awesome.  It’s hard to explain what I was feeling but I was just really happy” began Joseph.

“I want to thank Kyle, Coach Sheldon, Jon Elkin and the rest of the staff for giving me this opportunity.  Now it’s in my hands to make the most of it.”

Gettinger, selected in the third Round, suited up for the Cleveland Barons U16 AAA club.
The North Olmstead, OH product notched 19 goals and 8 assists (27 points) in 32 games played.

“It is such an honour to have the opportunity to play for such a great organization in the Soo.  I’ve heard nothing but amazing things about the coaches and everyone involved in the organization.  When I attended rookie camp, met everyone and saw the community, I knew that this would be a perfect fit for me” commented Gettinger.

He (Gettinger) is presently attending the USA Select 17 Festival in Amherst, NY where he and fellow Greyhound Jack Kopacka are playing together on Team Grey.

While Katchouk and Raayamakers will attend the Hockey Canada National U17 Camp in Calgary, ALTA from July 29th through August 4th.
Hounds 1st Round pick, Anthony Salinitri, will also be attending the camp.

“Boris, Joseph and Tim are all very important components of our program and we look forward to welcoming all of them to Sault Ste. Marie in late August to kick off our 2014-2015 season and ensure an efficient transition for them all to major junior hockey as students and hockey players” finished Dubas. 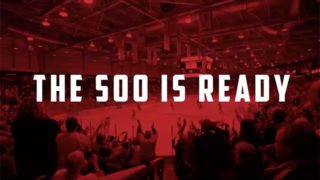 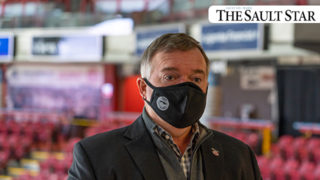 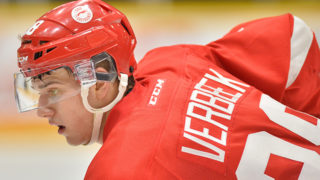