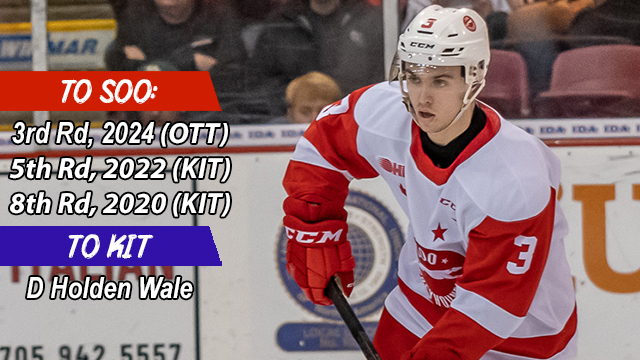 The transaction sees the Greyhounds receive a trio of picks in exchange of a third-year defenceman.

Wale, originally a 4th Round pick of the Greyhounds in 2016, is in his third season with the Greyhounds.
In 139 career regular season games played he has 7 goals and 25 assists (32 points).