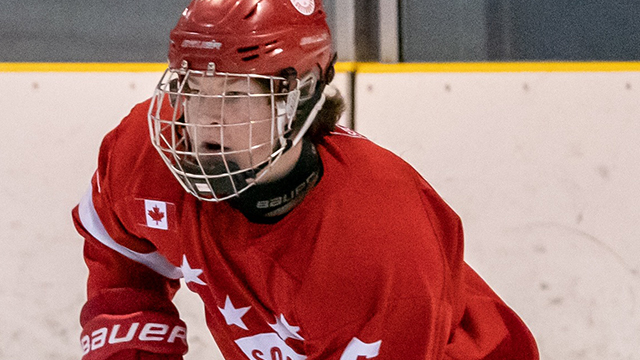 While it’s one thing to be chosen in the Ontario Hockey League Priority Selections draft, it’s quite another to be tabbed by your hometown team.

The Soo Greyhounds used their second choice of the day, a third-round pick (No. 44 overall), to grab the five-foot-10, 160-pounder, who starred for the Great North Midget League’s Jr. Greyhounds.

Toms, named the Northern Ontario Hockey Association’s (NOHA)  minor midget player of the year by the Ontario Hockey League, is the son of former Greyhound Jeff Toms, who played on the 1993 Memorial Cup championship team.

“Being taken by the Hounds makes this day extra special,” said Connor, a strong skater and intelligent player, who’s expected to be a fit for the club’s puck-possession style. “To be selected by such a prestigious organization, in my hometown, is an honour.”