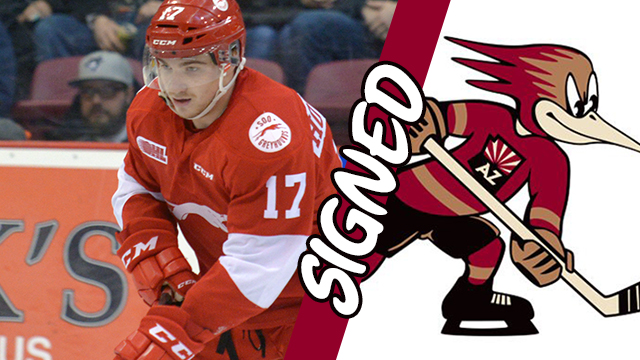 The 21-year-old Howdeshell recorded a team-leading 46 goals and 31 assists for a total of 77 points in 66 games while serving as an alternate captain with the Soo Greyhounds of the Ontario Hockey League (OHL) this season.

“We are elated to be adding Keeghan to our roster for the 2019-20 season,” said Roadrunners General Manager Steve Sullivan.  “Keeghan’s offensive production speaks for itself and we look forward to seeing his work in Tucson.”

The Roadrunners will begin their fourth season in Southern Arizona on Friday, October 18 at Tucson Arena.  For ticket information, call 866-774-6253.