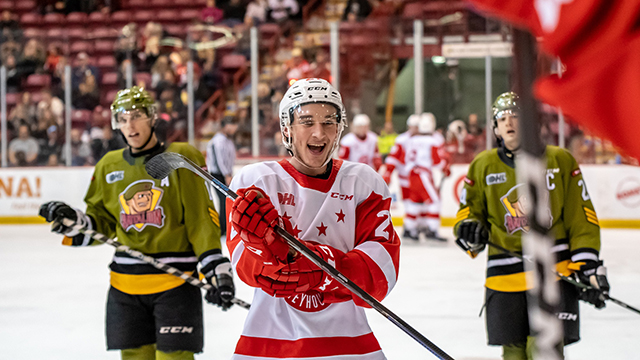 When it comes to payback, the Soo Greyhounds made sure they got their money’s worth on Sunday.

The Hounds scored six power-play goals – including four on a seven-minute power play in the third period – en route to an 11-2 drubbing of the North Bay Battalion before 3,558 at GFL Memorial Gardens.

The victory avenged a 7-5 loss to the Battalion, a game which featured five power-play markers by the home team, on Oct. 14 in North Bay.

“After that game last Monday, everyone was pretty pissed off,” said defenceman Ryan O’Rourke, a standout with a pair of power-play markers and an assist. “We kind of knew the next time we played them they were going to get everything we had. And they did.”

“They embarrassed us a bit and we were hungry to play them again,” added centre Rory Kerins, who scored a power-play goal while also contributing three assists.

The 11-goal outburst, a season high for the Soo, snapped a four-game losing streak and took some pressure off of a club which had lost six of its previous seven.

“I’m really happy for the guys,” said head coach John Dean, whose club takes a 6-5-1-0 mark into an upcoming road trip against three division rivals. “Our guys put in a good, solid effort.”

UP NEXT;
The Greyhounds embark on a three-game West Division road trip that begins this coming Thursday, October 24th with the first meeting of the season between the Hounds and Spitfires.
Game time is 7:05 PM at the WFCU Centre in Windsor. 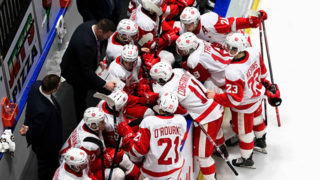 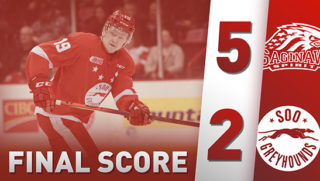 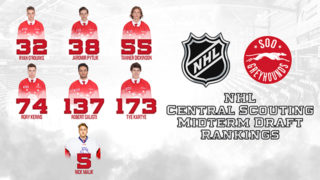 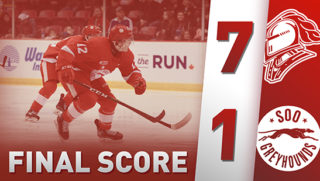