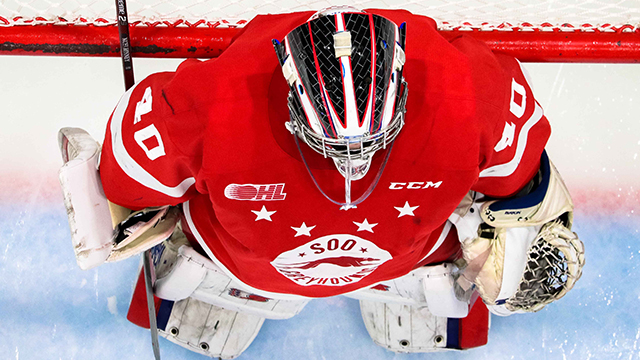 It was a key game against a division rival with important points on the line and it turned into a disappointing night for the Soo Greyhounds.

The Saginaw Spirit scored twice in the final 2:07 of regulation time to pick up a 3-1 Ontario Hockey League win over the Greyhounds at the Dow Event Center in Saginaw.

With just over two minutes to go in regulation time, Camaryn Baber took a shot from the slot that was deflected by Ethan Cardwell in close past Greyhounds goaltender Bailey Brkin for the game-winner.

It was a bounce-back game for Brkin though, who earned the praise of his coach following the game.

“It would have been a lopsided score if it wasn’t for Bailey,” said Greyhounds coach John Dean.

The Greyhounds coach went on to say the decision to start Brkin was tough after Ethan Taylor entered Saturday’s game against Sudbury and played well, helping the Greyhounds to a win over the Wolves.

Brkin made 37 saves for the Greyhound

GAME NOTES:
• Greyhounds’ scratches were 17 Halushak, 26 Pytlik, 27 Hayton and 28 Watson
• Heading into the game three Greyhounds’ had four points so far this season against the Spirit – Robert Calisti, Cole MacKay and Tye Kartye.  Leading the offense for Saginaw against the Hounds (with 5 points each) was Cole Coskey, Cole Perfetti and Ilya Solovyov.
• G Bailey Brkin made his 18th consecutive start for the Greyhounds, but first versus Saginaw
• Both teams began the night on respective winning streaks as the Greyhounds entered winners of three-in-a-row, while Saginaw had won five-in-a-row
• The wild Western Conference sees just 13 points separate 1st from 10th positions

HAPPY NEW YEAR
From all of us with the Soo Greyhounds Hockey Club, we would like to wish all of our fans, corporate partners and members of the Twin Sault’s a Happy New Year!  We wish each and every one of you all the best in 2020!

UP NEXT;
The Greyhounds continue their week by kick off a 5-game home stand with two HUGE West Division match-ups this weekend.
Friday Night (January 3rd) the Greyhounds host the Windsor Spitfires while on Saturday (January 4th) the Sarnia Sting come too town.

Both games are set for 7:07 PM starts at the GFL Memorial Gardens.

Get your tickets at the GFL Memorial Gardens Box Office, presented by SK Group, online at www.gflgardens.ca or by phone at 1.866.775.9422. 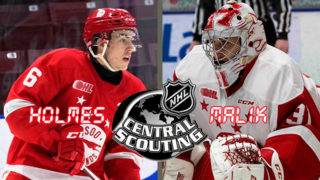 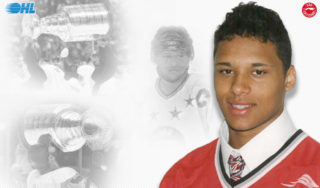