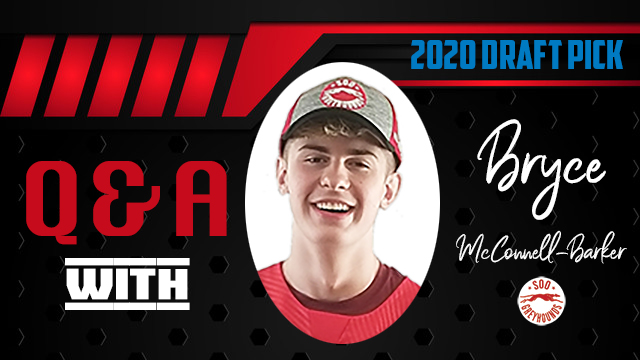 Starting today, we will introduce you to members of this year’s draft class through a ‘Q&A’ feature exclusively here on soogreyhounds.com.

Most memorable moment:
Winning the World Select Invitational Championship Under 15 tournament in Philadelphia.

What is your main motivation on the ice?
I hate losing and I want to be the best.

What challenges did you overcome to get where you are now in hockey?
I learned to believe in myself, and to be confident in my abilities.

What do you know about the Soo Greyhounds or the City of Sault Ste Marie?
I know its a small city that loves hockey! There are plenty of great players that have been through the organization as well.

Words of advice for a player aspiring to be drafted/play in the OHL?
Work hard and believe in your abilities.

Sport other than hockey:
Basketball

OTHER
Do you speak any other languages?
No

What did you want to be when you were small?
NHL hockey player

If you could live anywhere, where would it be?
Hawaii

Any hidden talents or something people don’t typically know about you?
I learned to ride a bike at 2 years old (yes no training wheels)!

What was the best vacation you ever took and why?
Florida and visiting Gatorland

What could you not live without?
Hockey, my friends, and my phone

You were stuck on a deserted island, what three (3) things would you bring with you?
Music, Weights, & Hockey Stick&ball