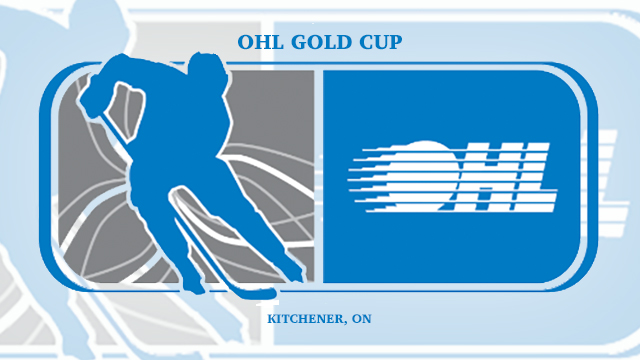 This past weekend 128 players selected in last month’s OHL Priority Selection took part in the 2019 OHL Gold Cup.
The event took place at the Activa Sportsplex in Kitchener, ON.

Brzustowski notched a pair of assists in 4 games played as he and his Alliance teammates picked up victory in the Bronze Medal contest.

Holmes (assist) and Brown (goal) each had a point each in 4 games played.
Brown and Team HEO topped the Consolation Gold game.

ABOUT THE OHL GOLD CUP
The OHL Gold Cup is an annual showcase event featuring top under-16 talent in Ontario.

As part of the Hockey Canada Program of Excellence, select players from the OHL Gold Cup will be invited to attend the National Under-17 Selection Camp, where they will have a chance to compete with other top talent from across Canada, to earn a spot at the World Under-17 Hockey Challenge.

In addition to development opportunities, players will compete in three pool games and one crossover game on the final day, with the OHL Gold Cup champion being named from the winner of the A1 versus B1 crossover game.