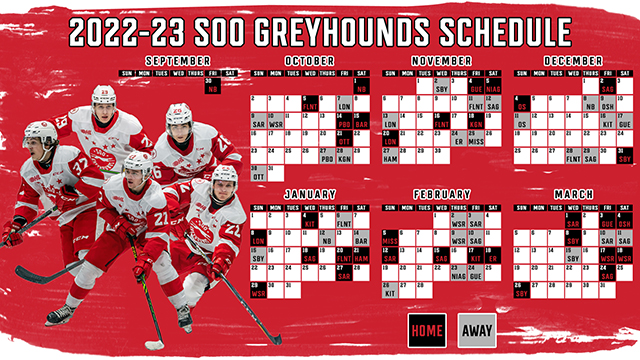 Toronto, Ont. – On the heels of the Hamilton Bulldogs being crowned 2022 OHL Champions, the Ontario Hockey League today announced the regular season schedule of games for the 2022-23 season.

Following a season predominately consisting of intra-conference play, the Ontario Hockey League will return to its conventional crossover interlock schedule for 2022-23, with the puck dropping on a 680-game regular season on Thursday, September 29th in Barrie, Niagara and Peterborough. Opening Week continues on Friday, September 30th as the reigning OHL champion Hamilton Bulldogs visit the 2019 champion Guelph Storm, headlining a seven-game schedule.

The OHL continues the tradition of being primarily a weekend League in order to accommodate families and the student athlete with over 86% (587 games) of the schedule played between Thursday and Sunday. Friday night remains an OHL fixture with 204 games scheduled, followed by 167 games on Saturdays and 131 on Sundays.

Key dates on the schedule include the lone 10-game night with all 20 member teams in action on Friday, November 18th. There are a total of eight other nine-game Friday nights throughout the regular season, plus nine games on Family Day – Monday, February 20th. There are a total of six School Day games on the schedule including two hosted by the Hamilton Bulldogs and one each by the Erie Otters, Kingston Frontenacs, Mississauga Steelheads and Ottawa 67’s. Additionally, the Ottawa 67’s and QMJHL’s Gatineau Olympiques will face each other twice during the regular season including once on February 9th in Ottawa an again on February 11th in Gatineau. The final date of the regular season schedule is Sunday, March 26th.

The 2023 Memorial Cup presented by Kia will take place in May/June, 2023 at the Sandman Centre in Kamloops, BC, home of the WHL’s Kamloops Blazers.

Divisional alignment remains the same for 2022-23 with a 68-game unbalanced schedule. Teams will play out of conference opponents a minimum of two times (one home, one away) while the majority of teams play intra-conference teams a minimum of four times including two games at home and two on the road. Intra-divisional teams will play each other up to six times and in a number of cases, closest rivals will play each other up to eight times.

Milestones in 2022-23 include the 60th year for the Kitchener Rangers along with the 55th for the Ottawa 67’s and the 50th for the Kingston Frontenacs franchise. The Sudbury Wolves will celebrate their 50th season of play while the Niagara IceDogs prepare for their 15th and the Mississauga Steelheads are set to play their 10th. 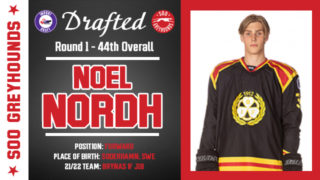 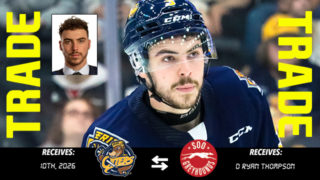 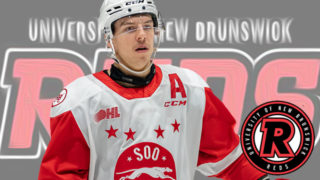 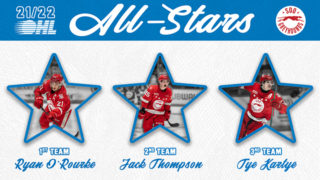 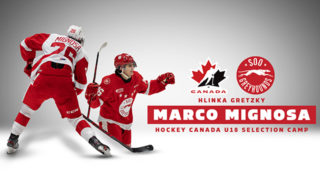