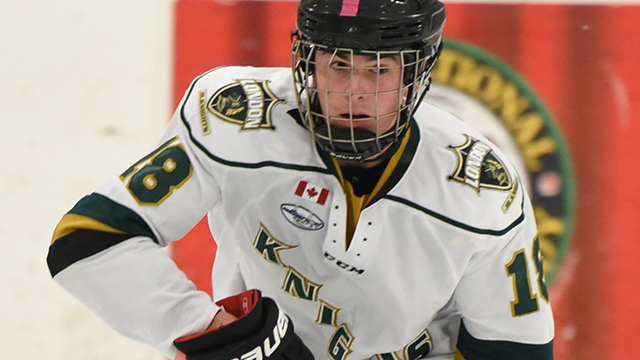 Screams filled the air at the McConnell-Barker home on Saturday.

Once, when the Soo Greyhounds called to say they were about to choose centre Bryce McConnell-Barker fourth overall in the Ontario Hockey League Priority Selections draft.

And again, when the London, Ont., native’s name appeared on the screen as the family followed the draft on the Internet.

“I’m obviously really honoured and really excited,” said McConnell-Barker, who stands nearly six-foot-two and weighs in at 170 pounds. “My family and I have put a lot of hard work into this. I’m very honoured and grateful, but the hard work is just beginning.”

Having his pick of the litter, after just three players had been chosen, Soo Greyhounds general manager Kyle Raftis was asked what drew him to McConnell-Barker.