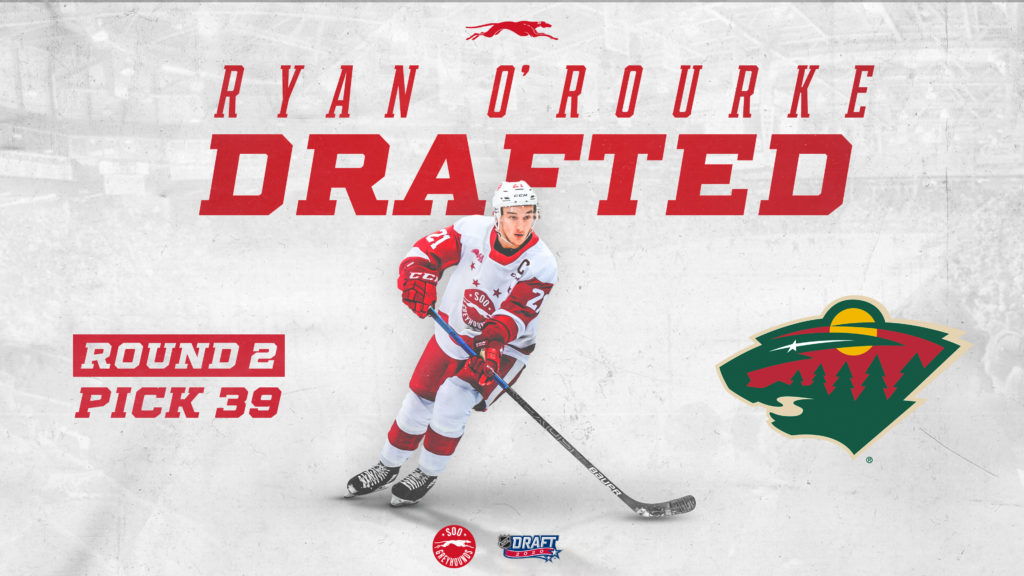 RYAN O’ROURKE was the first member of #OHLHoundPower chosen in the 2020 NHL Draft presented by EA Sports NHL 21.
The Bomanville, ON product was taken today in the 2nd Round (39th overall) by the Minnesota Wild.

Originally selected in the 1st Round of the 2018 OHL Priority Selection, the Greyhounds Captain is coming off his second season with the OHL club in 2019-20.
In 54 games played, O’Rourke tallied 7 goals and 30 assists, good for 37 points.

O’Rourke completed last season as the youngest Captain in the CHL. 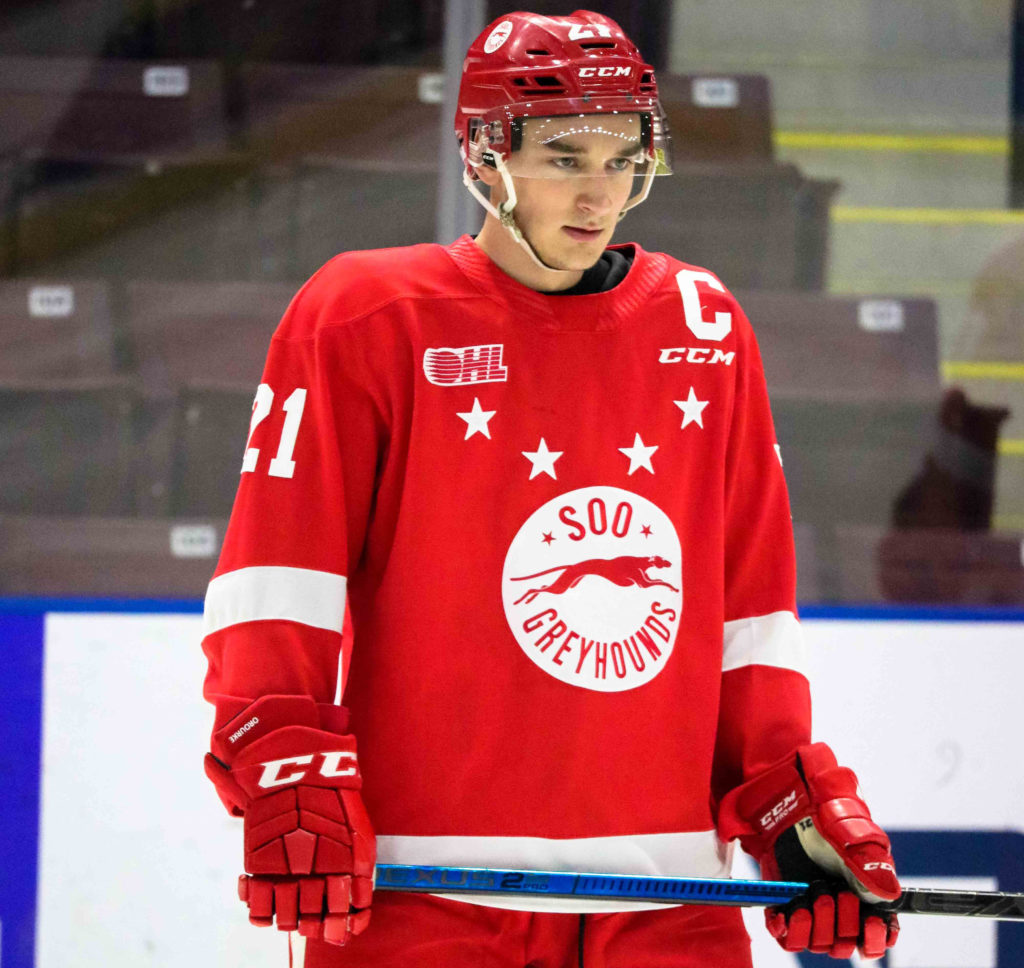