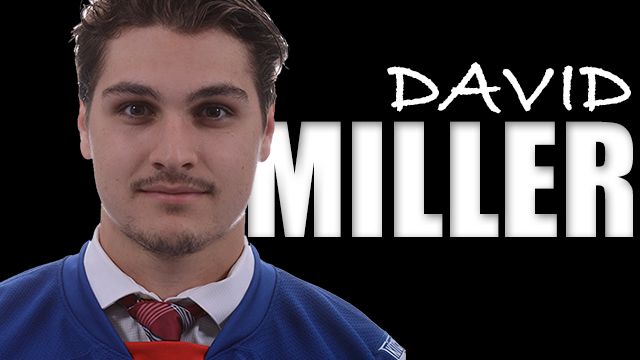 “We are excited to welcome David back to the Greyhounds organization. We look forward to working with David as he begins his fresh start here in the Soo” stated Raftis.

The Burlington, ON native was originally selected by the Greyhounds in the 6th Round of the 2012 OHL Priority Selection.
After playing the 2013-14 season in Sault Ste. Marie, Miller was traded to the Rangers thirty-eight games into the next year (2014-15).

Miller now occupies one of the team’s three overage positions along with forward Bobby MacIntyre and defenceman Medric Mercier.