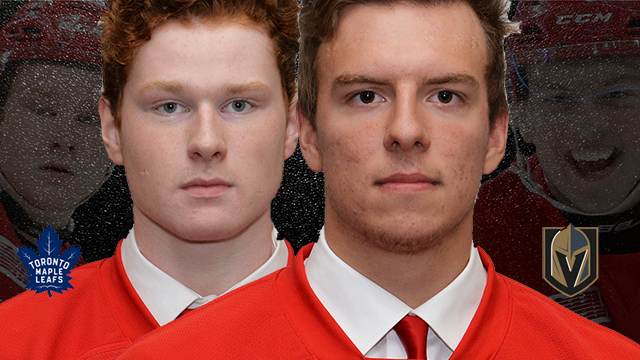 This week’s camp has brought together the Knights choices from the 2019 NHL Entry Draft in Vancouver, free agents, including MacKay, a Soo Greyhounds winger, and other young players who’re Vegas property.

“I’m determined to show teams what they missed out on,” said MacKay, whose name wasn’t called during the two-day draft, which began on Friday.

MacKay, coming off of a 27-goal, 34-assist season, said he texted with both Hounds general manager Kyle Raftis and head coach John Dean after the draft.

Both expressed to him the importance of keeping his head up “and not letting this define me,” MacKay said.

But like MacKay, Carroll, a Hounds winger, and Stevenson, a Sault native who plays the wing for the Guelph Storm, are at NHL development camps this week.

Carroll, a Carp., Ont., native, is with the Toronto Maple Leafs, while Stevenson is skating at the Vancouver Canucks development camp.