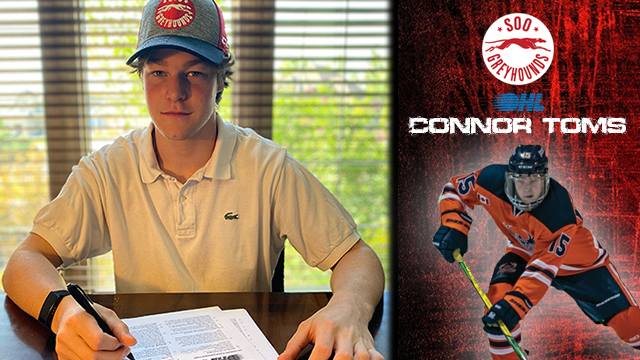 “Connor can mobilize offense from anywhere on the ice due to his composure and elusiveness with the puck. This, coupled with his elite skating-ability allows him to be a proficient two-way defender. Connor’s going to be a huge addition to our blue-line for years to come,” Raftis said.

The 5-foot-11, 160-pound rear-guard suited up during the COVID-19 restricted 2020/21 season with the Soo Thunderbirds of the Northern Ontario Junior Hockey League (NOJHL).
In 19 games with the Jr. A club, Toms tallied four goals and 14 assists.

“We’re very excited to announce this signing. He’s an extremely motivated athlete and we’re excited to watch him develop as a player and as a student here at home in the Soo” Raftis added.

The son of former Greyhound Jeff Toms, who won a Memorial Cup with the team in 1993, Connor also produced six multi-point games during his 2020/21 season with the Thunderbirds.

“Playing for the Greyhounds has been a dream of mine ever since I started playing minor hockey in the Soo. I am thankful for this opportunity and excited to get started, and I wish the season started tomorrow,” Toms said. 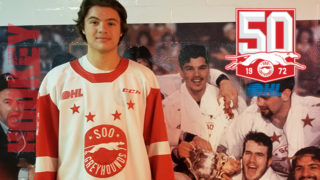 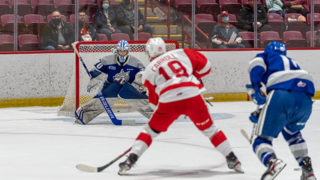 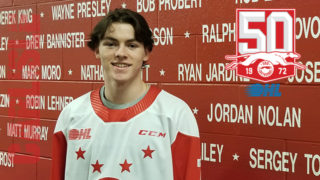 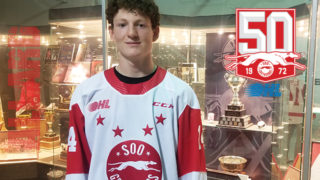