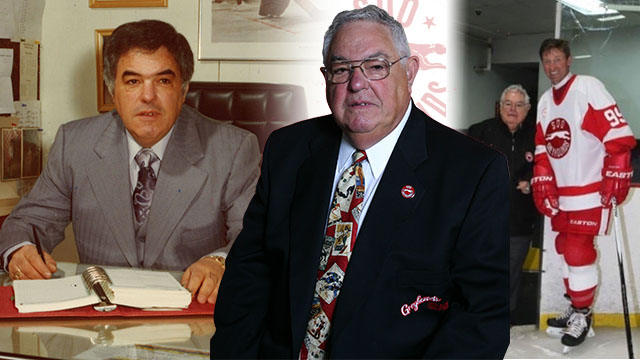 In any story about the history of the Soo Greyhounds, the name of Angelo Bumbacco is likely to be included in the first couple of paragraphs.

Known to many as Mr.Hockey in the Sault, Bumbacco had been in ill health and died prior to a planned surgery on his hip.

“He was an indispensable part of the rich history of the Soo Greyhounds,” Hounds president Tim Lukenda told The Sault Star on Tuesday night. “He was first class all the way. We will miss him greatly overseeing his boys at the Greyhound games.”

“Angelo had a massive impact on my life,” said Sault native Kyle Dubas, general manager of the NHL’s Toronto Maple Leafs. “I looked at him as a legendary figure while growing up.”

Bumbacco, Dubas said, “pushed me to pursue the job” of Greyhounds general manager, a position he attained in  2011. “He really believed in me. He was an unbelievable person.”

A past recipient of the H.P. Broughton Trophy as the Sault’s sportsperson of the year, Bumbacco has also won the city’s Medal of Merit and the Northern Ontario Hockey Association (NOHA) Medal of Merit.

OTHER RELATED MEDIA:
• Angelo Bumbacco remembered as someone who ‘lived and breathed the red and white’ (Sootoday.com)
• Tributes are pouring after a well-known figure in Sault Ste.Marie’s hockey community passed away at the age of 88 (CTV News)
• Montague: Angelo Bumbacco’s death hits us all hard (Sootoday.com) 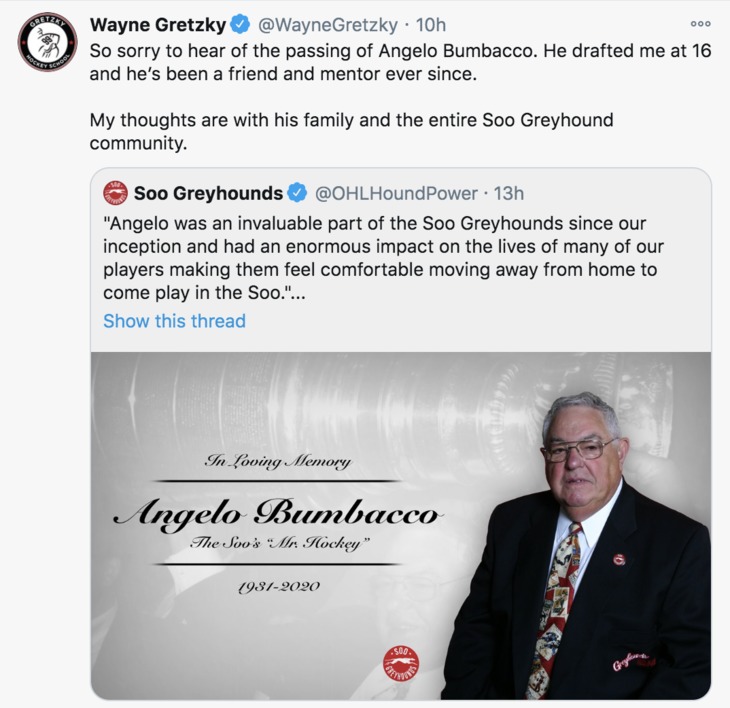 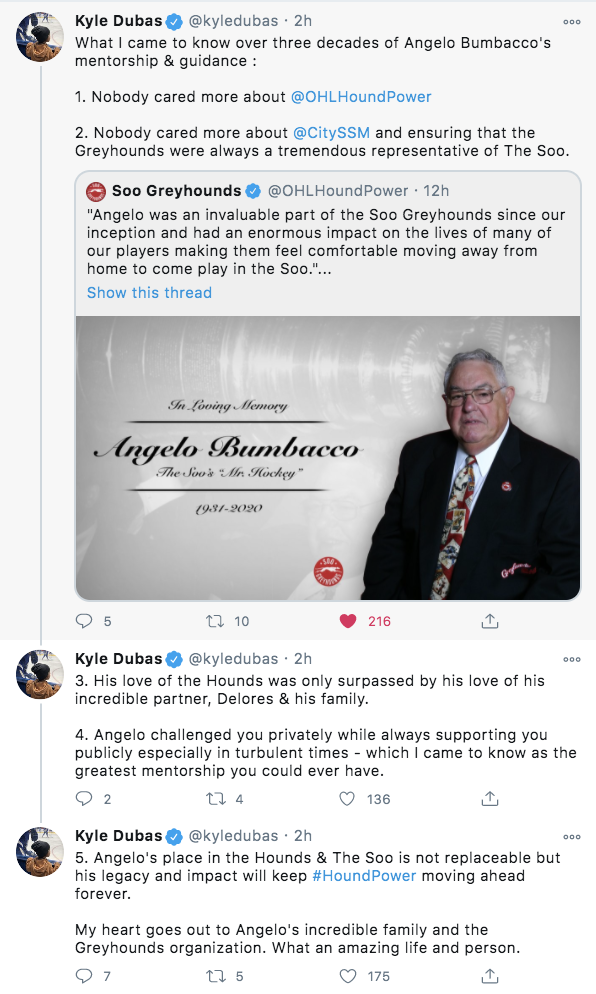 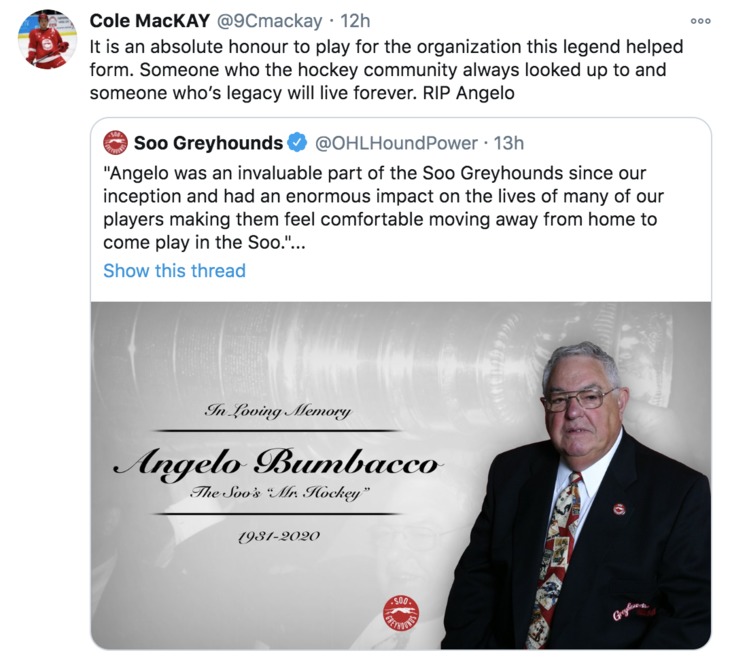 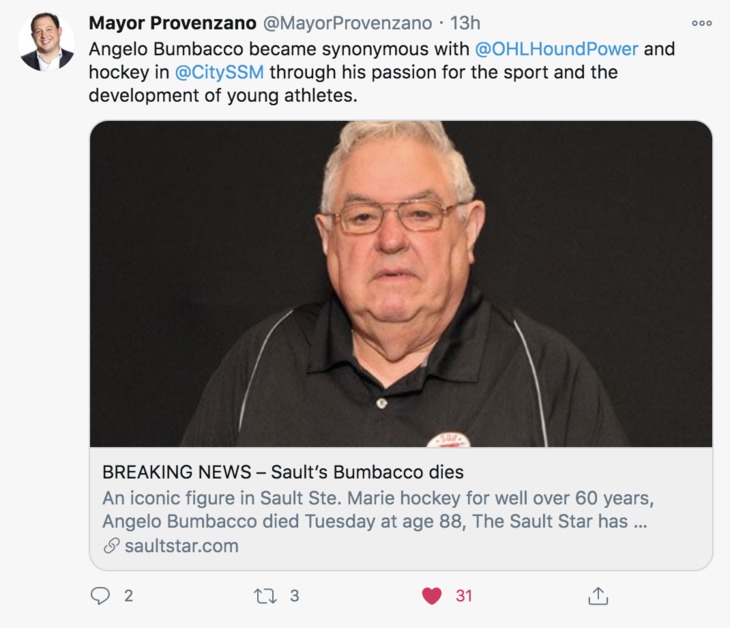 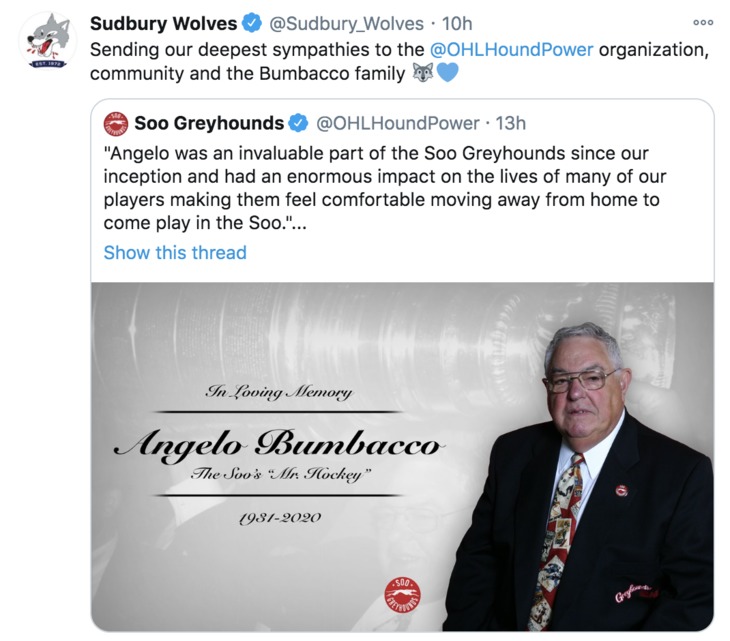