Soo Greyhounds GM Kyle Dubas announced Thursday afternoon that the club has signed defenceman KYLE JENKINS to an OHL Standard Player Agreement.  The signing becomes the second in less than a month for the Hounds after signing David Miller in early December.

“Our program is very excited to gain a full commitment for Kyle Jenkins and his family today. Kyle has displayed an elite level of play for a 16 year old playing Junior A for Oakville this season and has been a big part of that club attaining success this season” began Hounds GM Kyle Dubas.

Dubas went on to give a lot of a credit to Hounds Director of Player Development for his work in the recruitment and development of Jenkins. Said Dubas, “Wes did an excellent job working with Kyle and his family through this process. As the young players on our roster continue to progress and we gain commitments from other members of our draft classes, you begin to see the invaluable role that Wes plays within our Program.”

In Jenkins, the Hounds secure their 4th Round Selection from the 2012 OHL Priority Selection, who elected to sign with the Greyhounds after being offered numerous NCAA scholarships and visiting NCAA schools.

“The signing of Kyle going head to head with some NCAA programs who had also made overtures to Kyle, is another positive indication for where our program is and where it s heading” explained Dubas.

“Kyle is an excellent skater with tremendous hockey sense and instincts in all three zones. His combination of skating, puck skills, and intelligence allow him to drive possession in all 3 zones, fitting into the style of play implemented by Coach Keefe.”

In 30 games played this season with the Oakville Blades (OJHL), Kyle has 6 goals and 14 assists (20 points) which is good for 6th on Blades scoring, while also making him the highest defenceman statistically on the club.

The Brampton, ON product recently participated for Team OJHL South at the Central Canada Cup and the Central Canada Cup Top Prospects game (December 2012) while back in November he was one of the few 16-year olds named to the Team Canada East Selection camp by Hockey Canada for the World Jr. A Hockey Challenge (November, 2012)

One year ago, the 6’0” rearguard was a member of the OHL Cup Champion Mississauga Rebels.

“It is an honour to sign with the Greyhounds of the OHL.  It is everything I had hoped for and dreamed about while playing minor hockey. GM Dubas has been great with helping me making this decision. I appreciate all of Kyle’s efforts to date” started Jenkins.

“The Greyhounds have a great hockey history. It is a privilege to follow in the footsteps of those who have played there such as Gretzky, Foote and Carter. I very much look forward to putting on the Red and White jersey and helping the Greyhounds win a Championship” the newest Hounds signee continued.

The current plan is for Kyle to remain with Oakville Jr A for the remainder of the season, but he will be available to affiliate should the need arise.

“Our hockey club would like to thank the staff of the Oakville Blades and the Mississauaga Rebels Minor Hockey Club for their tremendous efforts in developing Kyle. Most notably, Coaches Geoff Schomoygi and Matt Craig deserve great recognition as they have coached Kyle for multiple years and have made the greatest impact on his progression” concluded the Hounds GM. 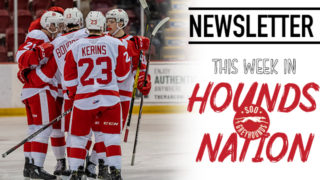 Newsletter
This Week in Hounds Nation (Newsletter)
14 hours ago 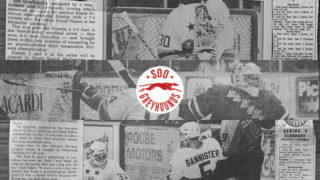 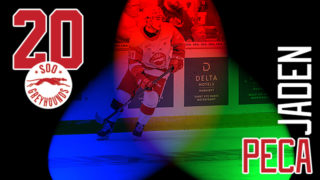 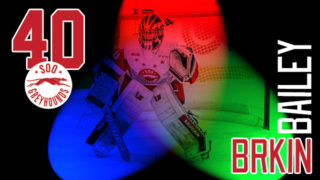 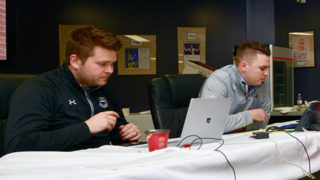 Greyhounds know who they covet (Sault Star)
5 days ago 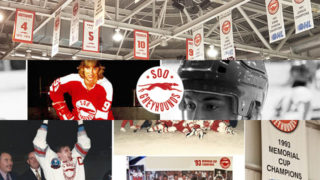