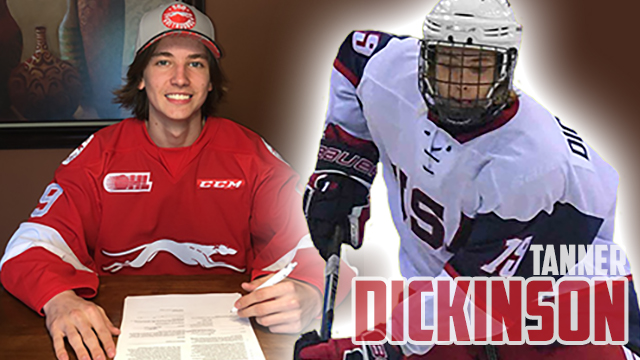 The Soo Greyhounds General Manager Kyle Raftis is pleased to announce today the commitment from free agent forward TANNER DICKINSON.
He becomes the 4th free agent signing by the Program in the last four seasons.

“We are very excited to have Tanner join our organization.  Over the past two seasons, our scouting staff, especially our director of US scouting Bill Warren, have had the opportunity to follow Tanner’s development” started Raftis.

“Tanner is a very smart, creative and an extremely skilled centre that has the ability to create offense in many different ways” he continued.

“Tanner had lot of options of how he wanted to proceed with his hockey career. We are thrilled that he and his family chose the Soo Greyhound hockey program to fulfill his goals.  We are confident that Tanner fits the type of player we covet through his high hockey IQ and creativity and look forward to adding him to our future lineup” concluded the Hounds GM.

The 6.00, 155 lb forward played this past season with Belle Tire Major Midget U18 where he had 36 goals and 67 assists (103 points) in 71 games played leading the entire Tier 1 Elite hockey League regular season in points per game.
He also appeared in 8 games for the Green Bay Gamblers of the USHL.

The Perrysburg, OH native was a member of Team USA Under 17 hockey club at the Five Nations Cup in Piestany, Slovakia and was previously committed to Ohio State University (NCAA).

“I’m thrilled to sign with the Soo Greyhounds, the team has had some of the games best players be a part of this organization and I believe it will be a perfect fit for me” began Tanner.

“This is a great opportunity for me and I’m going to give everything I’ve got to live up to the expectations. I can’t wait to get started with the Greyhounds, especially knowing that the team is potential contenders year after year” he concluded.

Tanner will be in attendance at the Greyhounds Development Camp that takes places this weekend at the Mastercard Centre in Etobicoke, ON. 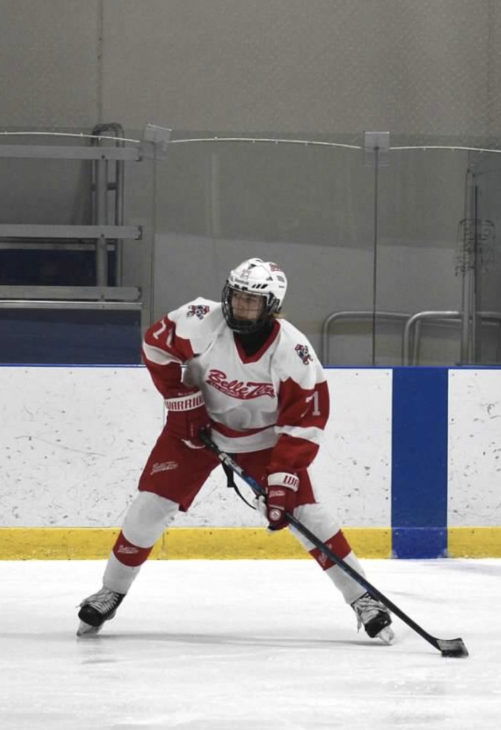