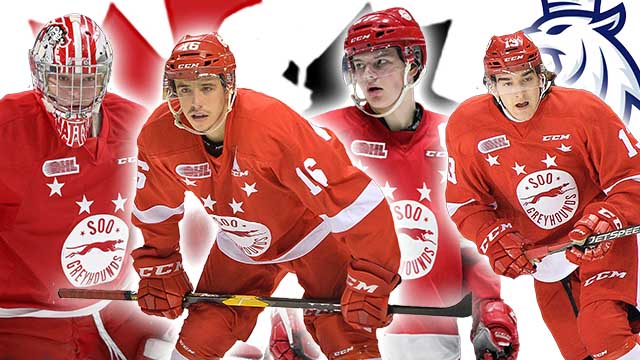 As Ontario Hockey League teams move into the month of December and their pre-Christmas schedule, for a select number of those players an opportunity will present itself that they each have hoped for throughout their careers.
To represent their home country on the International stage.

The path to wearing the Maple Leaf, and an opportunity to head to the West Coast, started for a trio of Greyhounds today when Hockey Canada announced their Selection camp roster for the 2019 IIHF World Junior Hockey Championship.

MORGAN FROST,  BARRETT HAYTON and MATTHEW VILLALTA are among thirty-four (34) players invited to the camp that will include 3 goaltenders, 12 defenceman and 19 forwards.

Hayton (AZ, 1st Round 2018) is among his third season with the Hounds and is 2nd in overall scoring with the team this season despite missing nine games of action (seven with NHL, two due to injury).
In 146 career regular season games played, the Peterborough ON and Team Captain has 45 goals, 75 assists, good for 120 points.

Villalta (LA, 3rd Round 2017) is backstopping the red and white of the Greyhounds for his third season as well where through 100 career regular season games played has produced an impressive 77-11-5-2 overall regular season record to go along with a 2.61 GAA, .910 SV%.
The Godfrey, ON has 5 career shutouts.

The 2019 World Junior Hockey Championship will be split between Vancouver and Victoria, British Columbia starting on Boxing Day (Wed. Dec 26) and run through the gold medal game on Saturday, January 5th.
Canada’s National Junior Team will play in Group A with the Czech Republic, Denmark, Russia and Switzerland (schedule listed below). 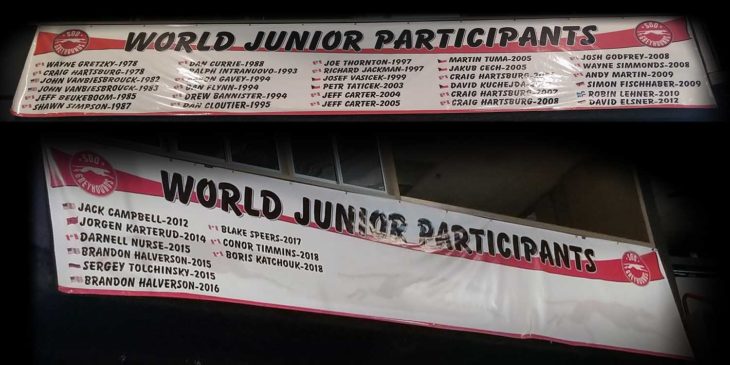 Meanwhile, Greyhounds’ winger ROMAN PUCEK has been selected to represent his home country at the 2018 World Junior A Challenge.

Pucek, (1st Round, 2018 CHL Import Draft) is rookie season with the Greyhounds.
After scoring his 1st-career OHL goal on Sept. 22/18, the Vsetin CZE native has a total of 2 goals and 3 assists through 22 games played this season.

The event will be held December 4 to 16, 2018 in Bonnyville, ALTA and features five teams;  Canada East, Canada West,  Czech Republic, Russia and the United States.