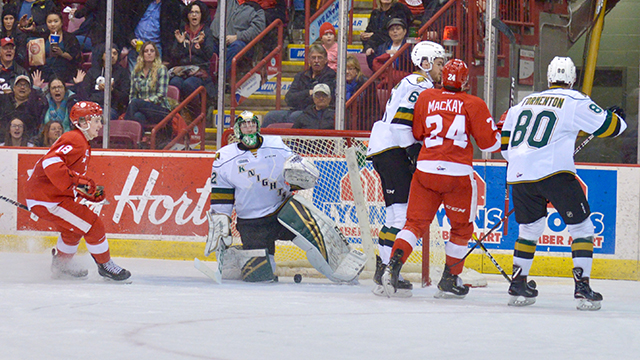 It may not have meant anything in the standings for the Soo Greyhounds, but it was an important game nonetheless.

The Soo Greyhounds opened the final weekend of the Ontario Hockey League regular season with a 6-3 win over the London Knights on Friday night at the GFL Memorial Gardens.

“It’s definitely not a meaningless game to us,” Greyhounds captain Barrett Hayton said.

In his second game back after missing nine games due to injury, Hayton scored three times and assisted on another goal for the Greyhounds.

“It was a game that wasn’t important standings-wise but he was giving me those eyes that say, ‘Put me out there in this critical situation. I want to handle it for my team.’ He truly leads by example,” Dean said.

Matt Villalta made 20 saves for the Greyhounds before leaving the game due to injury late in the second period.

Dean said following the game that the veteran netminder was fine and leaving the game was precautionary.

“He could play tomorrow if we needed him to,” Dean said.

UP NEXT;
The Greyhounds cap off the regular season portion of their schedule when they host the Saginaw Spirit this Sunday, March 17th.
Game time is 2:07 PM at the GFL Memorial Gardens.

Fans can purchase tickets at the GFL Memorial Gardens Box Office, presented by SK Group, Saturday 10 AM to 2 PM, Sunday 10 AM through game time or online at www.gflgardens.ca or by phone at 1.866.775.9422. 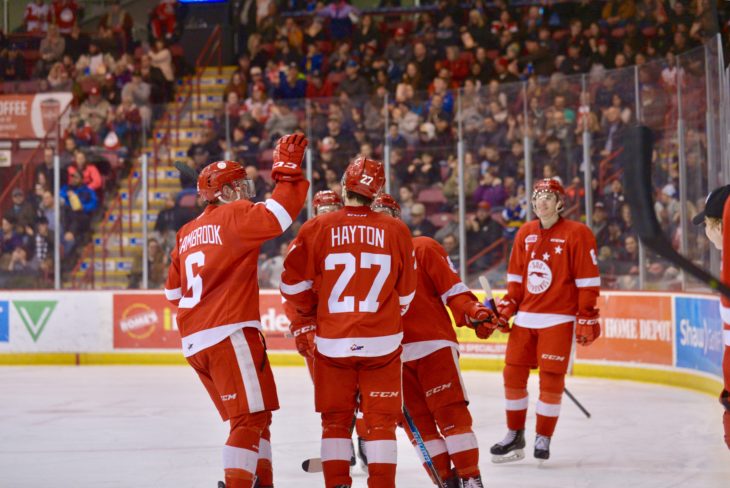