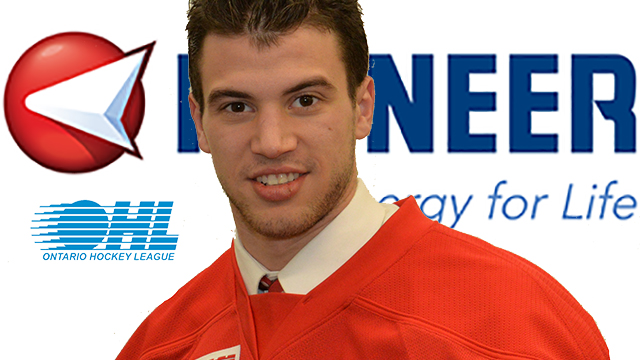 Toronto, ON – The Ontario Hockey League today announced that Tampa Bay Lightning prospect ANTHONY DEANGELO of the Sault Ste. Marie Greyhounds is the Pioneer Energy OHL Player of the Week for the week ending March 1 after recording eight points in two games scoring four goals and four assists with a plus-minus rating of plus-4.

DeAngelo earns the award for the second time this season helping the Greyhounds extend their winning-streak to nine games as they remain atop the Western Conference standings.  The defenceman posted back-to-back multi-point games extending his personal point-streak to 19 straight games and was named first star in both contests last week.  On Friday night against the Windsor Spitfires, DeAngelo scored twice including the game-winner and added an assist as part of a 5-3 victory, then scored twice with three assists on Sunday for his first career five-point game leading the Greyhounds to an 8-3 win over the London Knights.

DeAngelo, a 19-year-old from Sewell, New Jersey, is playing in his fourth career OHL season.  Acquired by the Greyhounds from the Sarnia Sting earlier this season, DeAngelo is the league’s top scoring defenceman with 77 points in 49 games including 20 goals and 57 assists.  He was selected by the Lightning in the first round of the 2014 NHL Draft and was a member of Team USA at the 2015 IIHF World Junior Championship.

Watch video highlights of DeAngelo and the Greyhounds against the Spitfires and the Knights.

Also considered for the award this week was three-time winner and OHL top scorer Mitchell Marner of the London Knights with 11 points in four games including three goals and eight assists, and fellow 2015 NHL Draft prospect Connor McDavid of the Erie Otters with 10 points in three games scoring five goals and five assists.  In goal, rookie Leo Lazarev of the Ottawa 67’s went 1-1-0-0 with a shutout victory posting a goals-against-average of 1.01 and save percentage of .966. 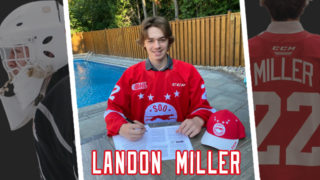 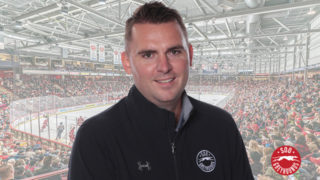