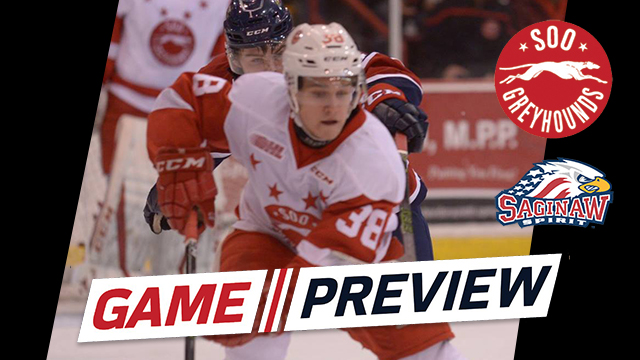 #TheHOMESTAND begins TONIGHT (7:07 PM).
From now through to, and including, Sunday, February 26 the Soo Greyhounds will play eight (8) consecutive home games at the Essar Centre.

This week feature’s a trio of Western Conference foes providing the opposition beginning with 6th of 8 meeting this year in the I-75 rivarly with Saginaw.
Both teams enter the game coming off wins in their most recent OHL contest. 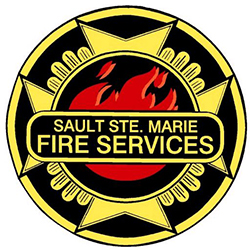 HEAD-TO-HEAD
After losing the opening game in their season series, the Greyhounds have come back to win four consecutive against the Spirit.
The Hounds have scored four or more goals in each of those games.

W 5-2, Feb. 1 @ SAG
Saginaw opened the scoring in the opening minute before Bobby MacIntyre pulled the Hounds;  Hounds had the only two goals of the second period (Miller, Frost) along with holding Saginaw to just 4 shots on goal;  MacIntyre, Speers scored in third period as Hounds skated to win;  MacIntyre with 3 pt night (2g, 1a) along with being named Red Star 1st Star.
(Boxscore)

W 5-3, Dec. 16 @ SSM
After scoreless first period, Hounds scored 4 goals in the second period to take that lead into the third period, thanks to goals by Katchouk, Hayton, Gettinger and Hawel;  Hounds held Saginaw to just 20 shots.
(Boxscore)

After being held pointless back on October 27th at Windsor, since his return to the club in the New Year the Sault Ste. Marie product has 7 goals and 9 assists, good for 16 points in 13 games played.

NHL PROSPECT – SAGINAW TO?
2nd-year Spirit forward Cole Coskey (3rd Rd, 2015) is the lone member of the club named in the NHL Mid-Term rankings for the 2017 NHL Entry Draft.

With Saginaw presently he is 6th among team scoring with 9 goals and 18 assists (27 points) in 49 games played.

THE BIG PICTURE
With 17 games remaining in the regular season schedule for both the Hounds and Spirit, they are amidst heated battles at opposite ends of the Western Conference.

The Greyhounds hold a two (2) point advantage over Windsor for the top spot in the conference while Saginaw finds themselves four (4) points behind Flint for the 8th and final playoff position. 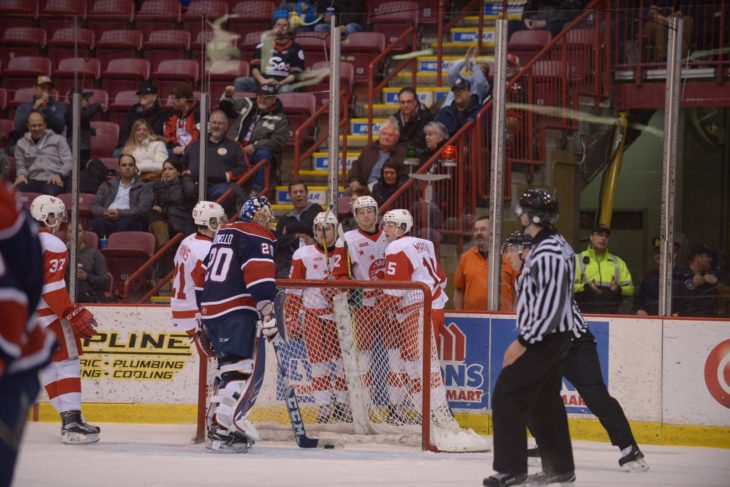