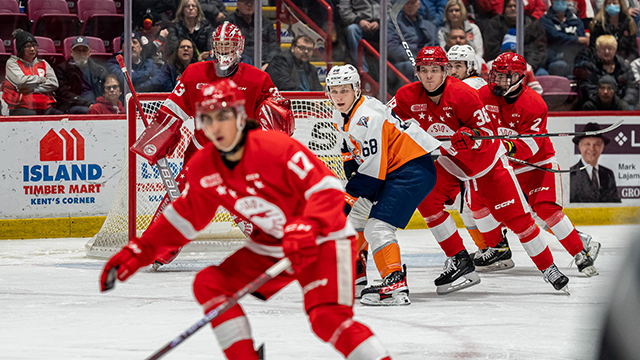 The 2022-2023 Soo Greyhounds have yet to find an answer for the Flint Firebirds.

Flint made it six wins in six starts against the Hounds on Friday, scoring five unanswered goals in a 5-1 victory before 3,779 at GFL Memorial Gardens.

Nolan Dann had a pair for the winners, who were outplayed by the Soo in the opening period, but displayed much more jump than the home team over the final two frames.

“That’s not acceptable. We needed to play a full 60,” said Hounds head coach John Dean, whose club looked slow in the second period and struggled mightily in the third, failing to register a single shot-on-goal over the first 11 minutes. “I’m disappointed that we didn’t feel that tonight was a night we should stick to it for 60.”

“We played really well on Wednesday,” added winger Marco Mignosa, whose team stopped visiting Saginaw 6-3 earlier in the week. “But we didn’t come in with the same intensity. We had them after the first period, but our last 40 was really rough.”

As his team fell to 14-17-7-4, heading into Saturday’s 7:07 p.m. home start against Hamilton, rearguard Ryan Thompson spoke of how the Hounds needed to stay above the puck, win battles and maintain their structure against Flint.

“But we got away from those finer details,” added the Mississauga native. “We didn’t do those things over the final two periods.”

Despite injuries to Mark Duarte, Andrew Gibson, Connor Toms, Ethan Montroy and netminder Charlie Schenkel, the club rose up and played one of its best games of the season against Saginaw.

Friday, those five were again missing and the Hounds also lost winger Julian Fantino to illness after the opening period.

Were those absences a factor?

“That’s such an easy excuse,” said Dean, whose club had a two-game win streak snapped. “Our first period indicates we could have easily managed that game and came away with two points. For whatever reason, we decided to go off script.”

As for dropping six in a row to a bitter conference rival, Dean said there’s no reason in particular for his team’s struggles against Flint.

“They play hard but we don’t play any differently against them,” the coach said. “They can score, they’re very offensive and very hungry around the net. We have to be better.”

With the Soo leading 1-0, Hounds captain Bryce McConnell-Barker was impeded by Flint’s Blake Smith and awarded a penalty shot at 8:52 of the second period.

McConnell-Barker, who came in with six goals and six assists in his previous six games, shot five-hole. But Day closed the pads on the Soo centre.

“The turning point was Daisy’s save on the penalty shot,” said Dent, whose club snapped a four-game losing streak, improving to 20-18-2-1. “Daisy stepped up and in hockey, momentum is huge.”

Flint went on to score twice in the second period to take the lead for good. Dann took a feed from Braeden Kressler and redirected it past Samuel Ivanov to tie the score at 2:28.

Less than two minutes after Ivanov made a beautiful glove save on Simon Slavicek, Zacharie Giroux gave the visitors the lead.

The Flint veteran was allowed to walk in off the left wing before beating Ivanov high to the short side at 18:43.

“He’s really nifty, he doesn’t get enough credit for his skill,” Dent said of Giroux. “Getting the lead there was nice because we’ve been chasing games a lot lately.”

Dann wasted little time in the third period, boosting his club’s lead to 3-1 just 39 seconds in. The former Niagara IceDog skater came down the left side unchallenged and beat Ivanov on the glove-hand side.

After Day thwarted Jordan D’Intino on a short-handed break, Marko Stojkov made it 4-1 at the 13:46 mark before Gavin Hayes capped the scoring with an empty-net goal.

Hayes and Giroux finished with a goal and an assist each on a night when the visitors held a 31-27 edge in shots. Tristan Bertucci contributed two assists.

Mignosa had the Soo’s lone tally, poking home a loose puck at 18:36 of the opening period. The Vaughan, Ont., product has two goals in his last five games.

Friday’s loss spoiled the Hounds chance to move into a tie with the Firebirds, although Flint does have a game in hand.

The Firebirds are sixth in the Western Conference with 43 points, two more than seventh-place Guelph (18-19-4-1), a 6-4 winner over Peterborough on Friday. The Greyhounds stand eighth with 39.

“We have to take advantage of a situation where we would have been tied in the standings with Flint,” Dean lamented.

“That was a four-point game,” added Thompson. “That’s the type of game where we all need to step up to the plate.” 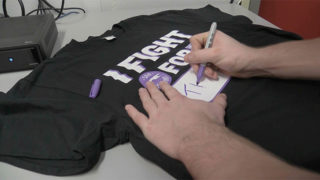 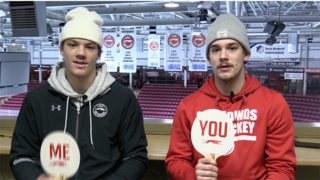 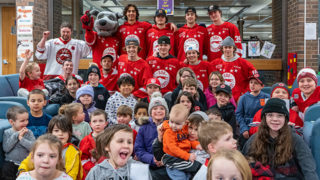 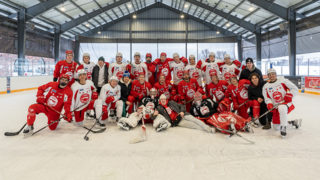 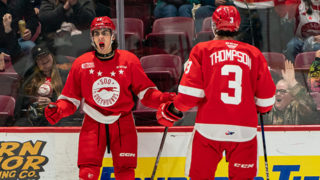 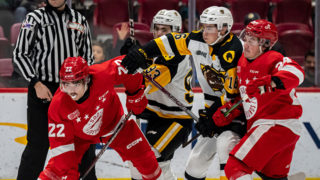