The Soo Greyhounds Hockey Club is proud to announce that MICHAEL BUNTING has committed to their Academic and Hockey Program.

As a student-athlete in the Program, Michael will enroll at Sault College and begin working towards his diploma in Police Foundations while playing for the Greyhounds.

The Toronto, ON product was selected by the Hounds in the 9th Round of the 2013 OHL Priority Selection.

“Michael was a young man who came into training camp and scored seven goals to earn his way onto the team.   Having played his only season at the AAA level last year with the Don Mills Flyers, his development over the last few months working with Wes Clark has been tremendous” began Greyhounds GM Kyle Dubas.

“Michael had a terrific summer of development and came into camp playing a relentless style of hockey to earn his way onto the roster.”

The 6.00, 178-lb left winger tallied 27 goals and 12 assists with the Flyers one season ago.
This past March, Michael was named to the OHA Cup Tournament (AAA) All-Star team after posting 6 goals and 8 assists in 7 games played.
In 2012, he was the Blessed Cardinal Newman (Toronto) high school athlete of the year (ice hockey, badminton and volleyball).

“I’m really excited to play for the Greyhounds.  The organization is very professional.  A lot of great hockey players have come out of this club and I’m honoured to be here.  The city has been very welcoming and I look forward to playing in front of these great fans” commented Bunting.

Bunting and his Greyhound teammates open their 2013 OHL exhibition schedule this coming Friday, September 6 when they travel down the I-75 to take on the Saginaw Spirit (7:11 p.m. – Dow Event Center).
The two teams will re-acquaint themselves twenty-fours later here in Sault Ste. Marie (Saturday, September 7 – 7:07 p.m.) at the Essar Centre.

Tickets for Saturday’s game, and all of the exhibition and regular season contests are available at the Essar Centre Box Office during regular business hours of 10 a.m. to 5 p.m. Monday to Friday and 10 a.m. to gametime on Saturday.

For more info stay tuned to this site, along with the team’s social media networks at:
www.facebook.com/soogreyhounds or www.twitter.com/@OHLHoundPower 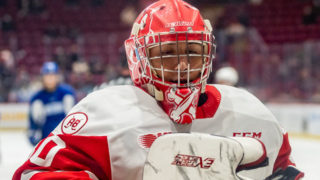 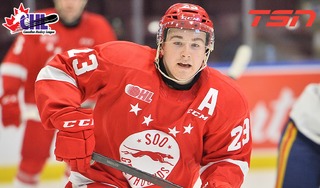 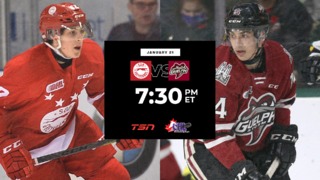 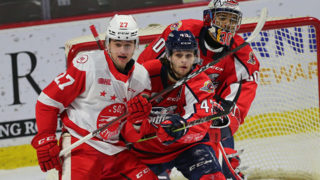