Bannister recognized as Coach of the Year Finalist 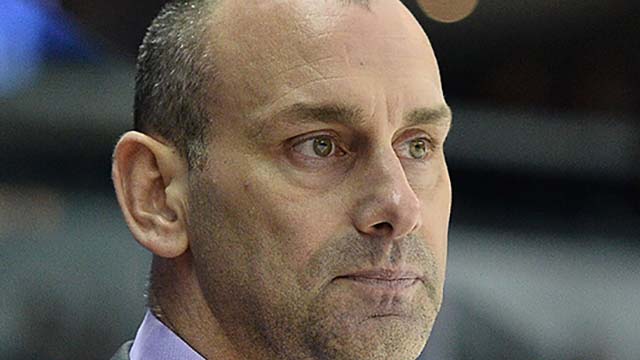 Originally hired on July 10, 2015, Head Coach DREW BANNISTER has recently been recognized as one of tops in the OHL by his peers, following his second season behind the Greyhounds’ bench.

Late last week, the Ontario Hockey League announced the results of the voting for the Matt Leyden Trophy, awarded annually to the OHL’s Coach of the Year (Ryan McGill, Owen Sound)
Bannister received the third most votes in the league-wide vote.

The Greyhounds are coming off a season in which they claimed the Angelo Bumbacco Trophy as West Division Champions, and were one of three clubs to reach/surpass the 100-point plateau.

This season marked the second straight season the club has advanced to the post-season and to the second round of playing.

Previous Greyhounds’ coaches to receive the honours of Coach of the Year include Sheldon Keefe (2015) and Craig Hartsburg (2002).

ABOUT THE MATT LEYDEN TROPHY VOTING
In a first round of balloting, teams vote for the top coaches within their own conference. The top three nominees from both the Eastern and Western conferences are declared finalists. A second round of voting is then conducted on a league wide basis where teams vote for any of the six finalists. At no time during the voting can a team vote for their own candidate. Coaches receive five points for a first place vote, three points for a second place vote and one point for a third place vote.