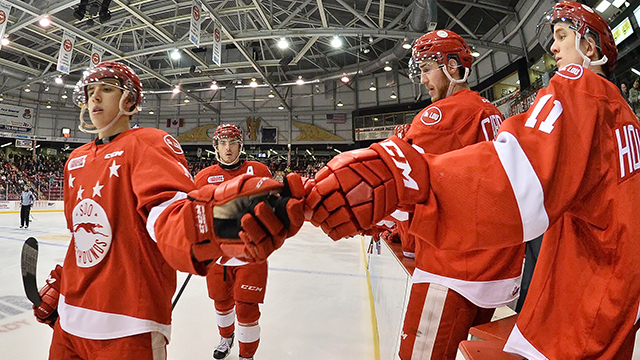 While they continue to build on a fantastic present-day streak, the Soo Greyhounds are also in the midst of the third golden era in franchise history.

At their current pace, these Greyhounds would break the OHL’s all-time record of 120 points in a season, set by the 2004-2005 London Knights.

Now, beginning with the 2013-2014 campaign, and carrying through to the present day, the Hounds are in the fifth year of an impressive run.

But the first memorable era of outstanding hockey in Hounds history began in 1980 with Sam McMaster as the general manager and Terry Crisp as head coach.

So many stars passed through town during those days.

But, in part because of their longevity, among the most impactful over that stretch were Wayne Groulx, the franchise’s all-time points leader, star goalie John Vanbiesbrouck and high-scoring defenceman Chris Felix.

Their 109 points that year is second-most in franchise history.