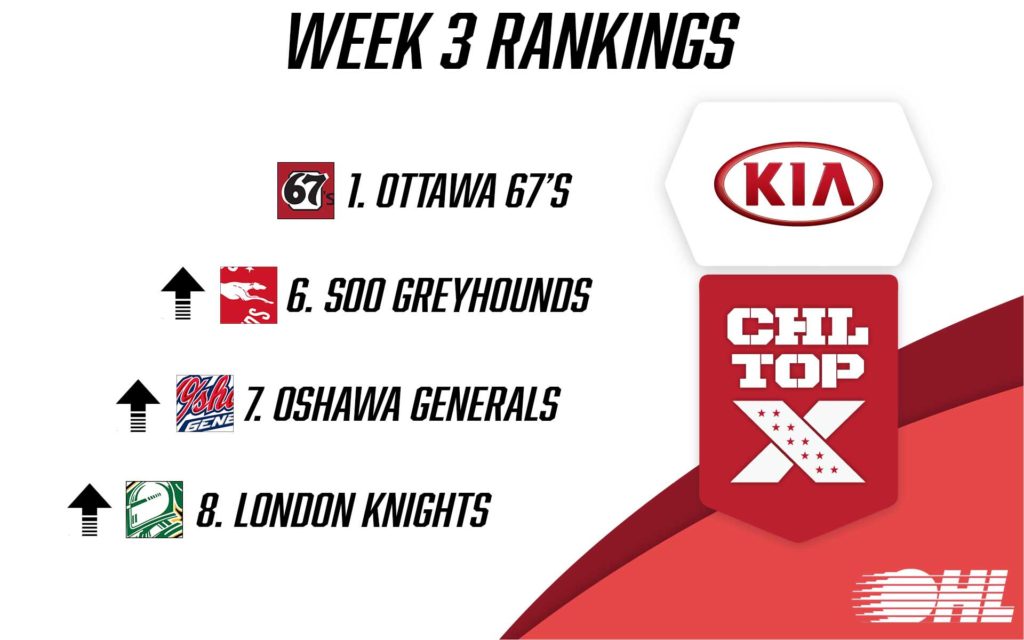 Toronto, ON – The Canadian Hockey League today announced the week three edition of the Kia CHL Top-10 Rankings for the 2019-20 season.  The weekly rankings of the CHL’s Top-10 teams are selected by a panel of National Hockey League scouts.

The Ottawa 67’s remain the top-ranked team in the CHL this week after defeating the Kingston Frontenacs 3-2 in overtime and falling 3-2 to the Peterborough Petes on home ice Sunday afternoon. The 3-1-0-0 67’s hit the road in Windsor, London and Kitchener this weekend.

The Soo Greyhounds made their debut inside the Top 10 as a result of a perfect 4-0 record, coming in at sixth. The Hounds kept on rolling this past weekend, scoring victories over the Kitchener Rangers on home ice and the Saginaw Spirit on the road. The Greyhounds have scored at least five goals in each of their four games this season, spreading the scoring around as six players have four points or more.

Also 4-0 to start the campaign, the Oshawa Generals are the seventh-ranked team in the CHL this week. The Generals took a 4-3 overtime road win over the Niagara IceDogs on Thursday, following that up with a 6-5 victory in Mississauga on Friday. The Gennies won their home opener by a score of 4-1 over the Kingston Frontenacs on Sunday evening. Newly acquired netminder Andrew MacLean is off to a 4-0 start while Finnish rookie Oliver Suni has led Oshawa offensively with seven points (2-5–7).

The London Knights rose one spot to number eight on the list, recovering from an 0-2 start with consecutive victories over the Erie Otters and Hamilton Bulldogs on Friday and Saturday. Ryan Merkley made an immediate impact with his new team, collecting five assists last weekend. Reigning OHL ‘On the Run’ Player of the Week Connor McMichael currently leads the league with seven goals. London prepares to face the CHL’s top-ranked Ottawa 67’s at home on Friday. 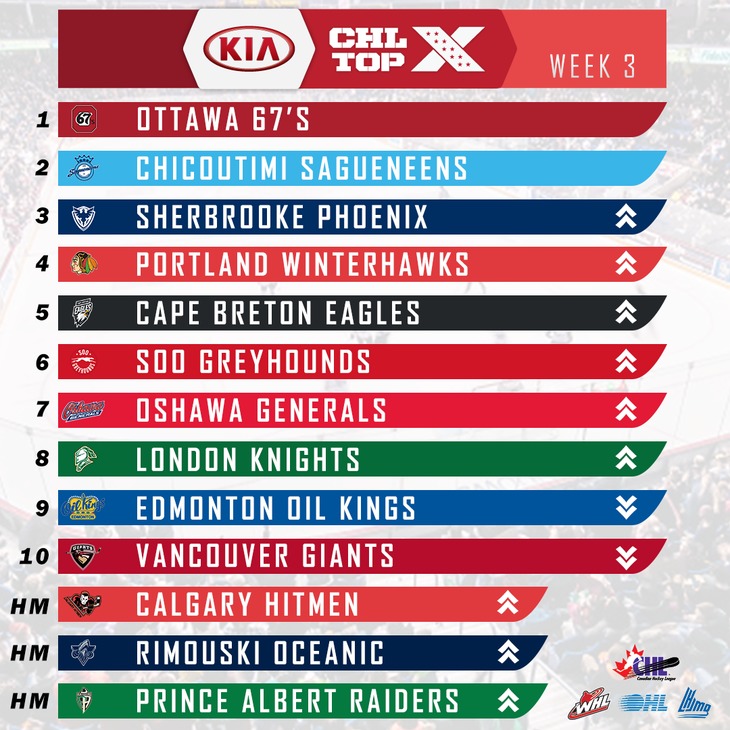 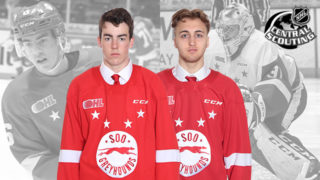