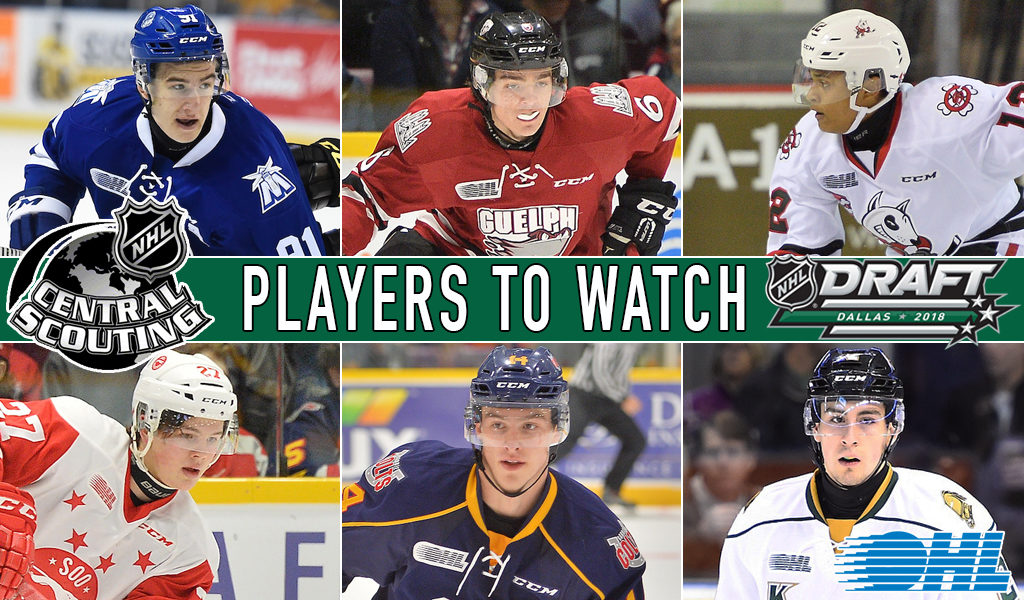 48 players from the Ontario Hockey League have been listed among NHL Central Scouting’s October ‘Players to Watch’ list for the 2018 NHL Draft which takes place June 22-23 in Dallas, TX.

Six OHL players were assigned an ‘A’ rating indicating a first round candidate including Barrett Hayton of the Sault Ste. Marie Greyhounds, Ryan McLeod of the Mississauga Steelheads, Andrei Svechnikov of the Barrie Colts, Akil Thomas of the Niagara IceDogs and defencemen Evan Bouchard of the London Knights and Ryan Merkley of the Guelph Storm.

The first overall pick of the 2017 CHL Import Draft, Barrie’s Svechnikov has drawn particular interest from scouts having been a prominent talent in Russia for years.

“Svechnikov plays a responsible game without the puck, has a strong stride with good top-end speed, good instincts at reading the play to set up or be open for chances,” Dan Marr, director of NHL Central Scouting told NHL.com’s Mike Morreale. “He also has an excellent finishing touch to bury his chances.”

Nine OHL skaters and two goaltenders received a ‘B rating’ which indicates second/third round candidates. Top ranked goaltenders include Jacob Ingham of the Mississauga Steelheads and Jordan Kooy of the London Knights.

The London Knights lead the way with five players included in the rankings while the Mississauga Steelheads, Oshawa Generals and Ottawa 67’s trail close behind with four each.

42 OHL players were selected in the 2017 NHL Draft including five players chosen in the first round.