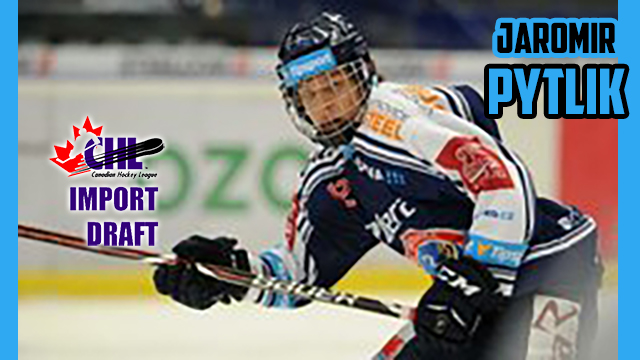 With the second pick (originally 118th overall) of the the 27th Annual CHL Import Draft, Soo Greyhounds GM Kyle Raftis made his second selection of the day from the Czech Republic.

Pytlik competed Internationally at  both the U17 and U18 tournaments with a combined 13 goals and 6 assists in 39 games played.

This selection completed the Hounds two selections in the annual event.

ABOUT THE CHL IMPORT DRAFT
The two-round draft will take place online with the order of selection rotating through each of the CHL’s three leagues using an inverse order of final regular season standings within each league from the 2017-18 season.  The QMJHL’s Saint John Sea Dogs hold the number one pick, followed by the WHL’s Edmonton Oil Kings at number two, and the OHL’s Sudbury Wolves who will select third overall.  Each team in the CHL is permitted to dress and play a maximum of two import players each season who are selected annually through the CHL Import Draft.

For the first time since 2013, goaltenders will be eligible for selection in the CHL Import Draft in addition to forwards and defencemen.