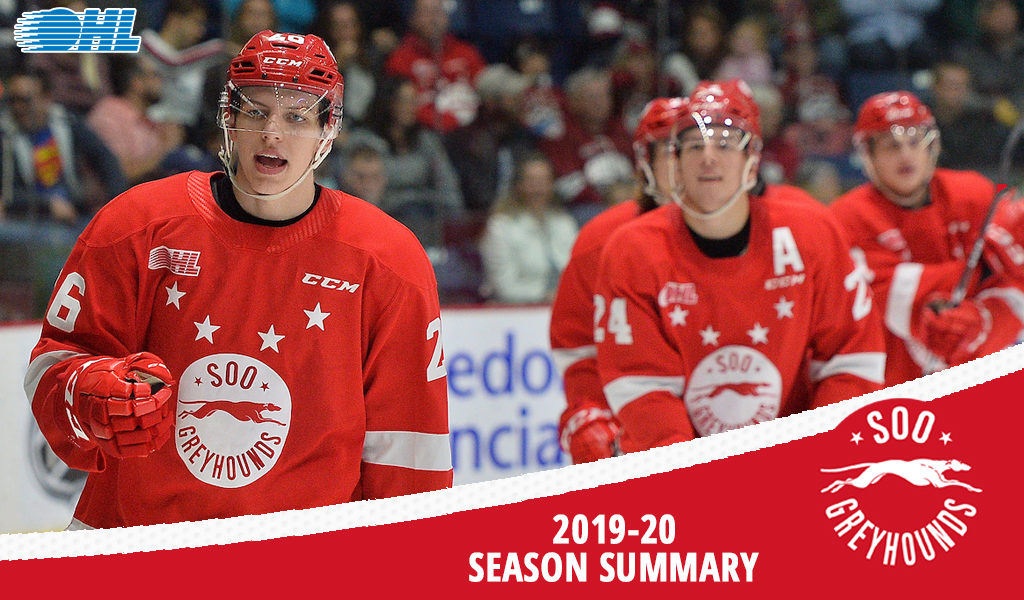 The multiskilled Soo Greyhounds rounded out the 2019-20 campaign at 29-31-3-1 with 62 points. The Western Conference battle for a postseason that would ultimately never happen came down to the wire with the Hounds missing the mark by just one point. With this season come and gone so soon, their depth both up front and on the back end is sure to set them up for a successful return next year as they bid to bring the Memorial Cup back to Sault Ste. Marie.

Out by a point
Coming off a 96-point finish last spring as they said goodbye to a franchise cornerstones in Morgan Frost and Barrett Hayton, the Greyhounds’ 2019-20 season had a drastically different ending. When things wrapped up abruptly in mid-March, they were seated in ninth place with four games left to play; just one point out of the final playoff spot held by the Erie Otters. Though it’s a moot point now, the race for the highly sought after playoff berth was anyone’s for the taking. Had they been unable to surpass the Otters, it would have been the first time since 2011-12 that the Greyhounds would not make a postseason appearance.

NHL Draft talent
Having bid farewell to many of their strong players at the conclusion of last year’s dominant campaign, the Greyhounds were one of the youngest teams in the league this time and, without the return of Hayton from the Arizona Coyotes organization, they sported only one NHL-drafted skater in defender and Montreal Canadiens hopeful Jacob LeGuerrier. NHL Central Scouting released their final draft rankings ahead of last month, and the Greyhounds house seven of the skaters included on the list; the most of any OHL team. Leading the charge within that group of hopefuls is strong two-way defenceman Ryan O’Rourke (ranked 27th), who helped out in all situations and amassed 37 points over his 54-game season. Also gearing up to hear his name called by an NHL club is Jaromir Pytlik (46th), who remained dependable down the middle with 50 points in 56 games played. Rookie Tanner Dickinson (67th), an offseason free agent signing, also helped hold down the fort with a 47-point showing, while Rory Kerins (72nd) emerged with a team highest 30 goals as part of a 59-point production. Robert Calisti (78th) registered impressive numbers on the blue line and forward Tye Kartye (192nd) was solid with 25 goals and 53 points. Goaltender Nick Malik, who stood in net for 16 appearances, is ranked 10th among all eligible North American netminders.

Dependable D-men
The blue line was well looked after in Sault Ste. Marie with three defenders cracking the OHL’s top 20 in points among blue liners. Together with O’Rourke’s versatile talent, good for 19th in defenceman scoring, third year skater Billy Constantinou was solid with 44 assists and 53 points on the year for a 10th place finish. Calisti, at 12th, also reached the 50-point mark and registered 18 goals that included nine on the power play; a stark improvement from the two goals and seven points he put up last season.

The 50-point club
The Greyhounds boasted a deep crop of point producers as well. In his third year with the squad, Zack Trott led the Soo scoring race with 66 points while Kerins set the team high with his 30 markers on the year. Fellow forward Kartye was solid with 25 goals and 53 points, as was third year OHLer Cole Mackay, who was good for 51 points up front this time.

2021 Memorial Cup bid
With this season come and gone – sooner than expected, at that – all eyes are on the potential for 2020-21, and with a younger, mostly returning group, an established defence corps and reliable talent up front, the future is looking positive. Alongside the Oshawa Generals, the Hounds announced in February they’d be vying for a chance to host the 2021 Memorial Cup presented by Kia for the first time since 1993, where they’d win it all after claiming back-to-back OHL championships the two seasons prior. 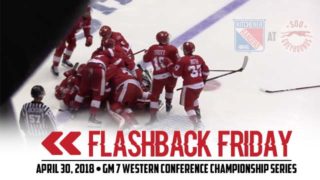 This Week in Hounds History; 1993 Memorial Cup Championship
4 days ago