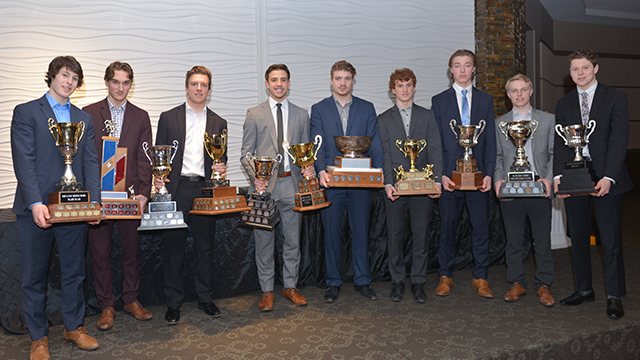 The Soo Greyhounds Hockey Club held their 2018-19 Awards Banquet earlier this evening at the Marconi Club in Sault Ste. Marie.

Team ownership, coaches and staff joined players, billets, families, friends and special guests came together as the teams’ annual wards were handed out.

(NOTE – Fans attending Sunday’s game vs Saginaw, are asked to be in their seats at 1:45 p.m. for the special pre-game ceremony for Morgan Frost, Keeghan Howedeshell and Mac Hollowell)

• ROOKIE OF THE YEAR
Ryan O’Rourke 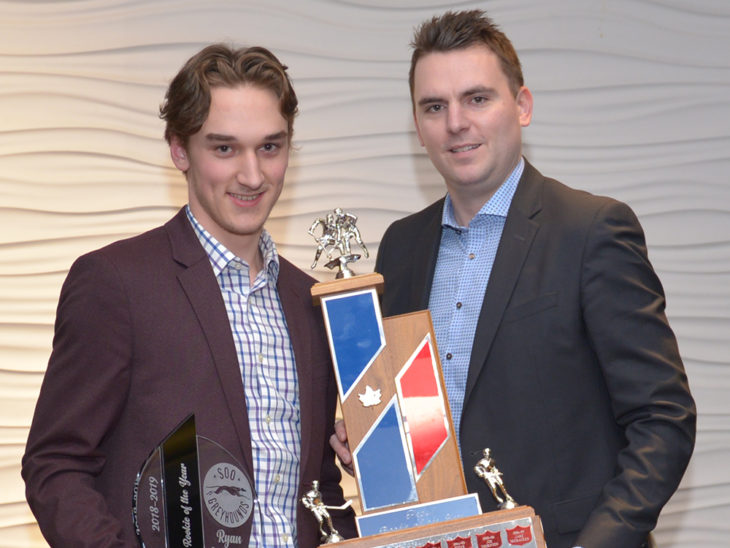 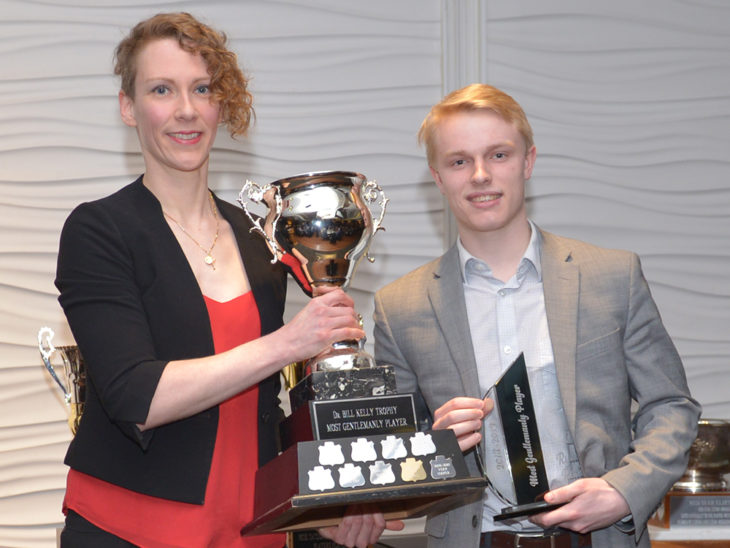 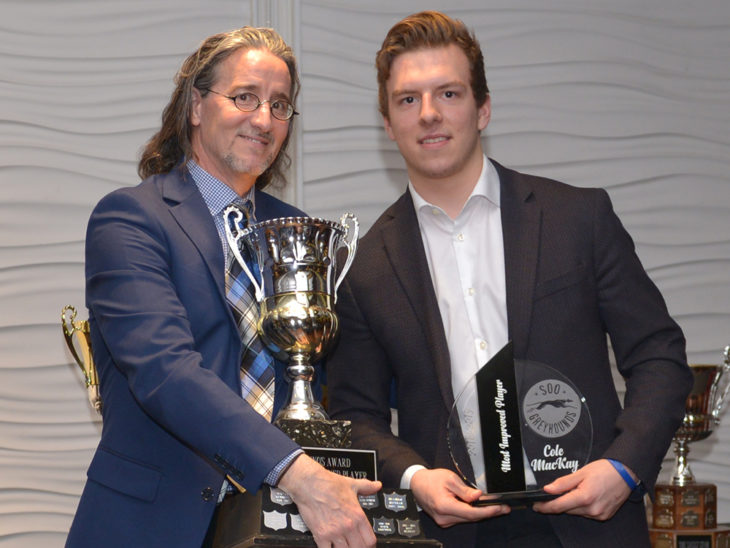 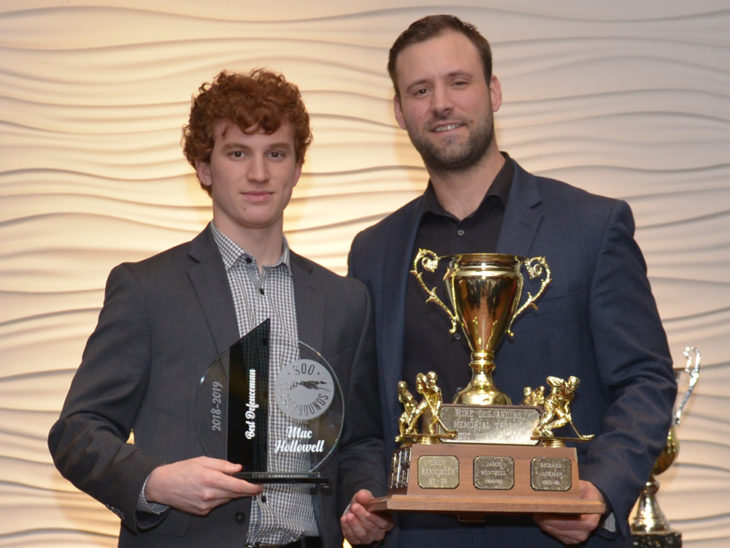 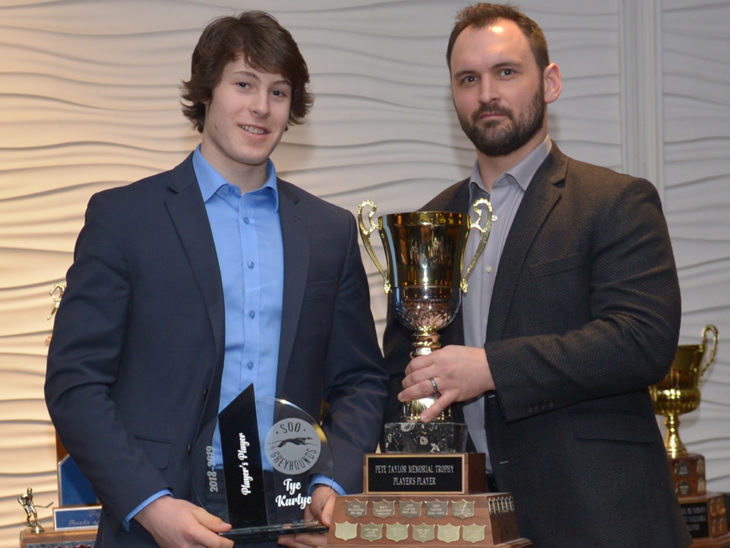 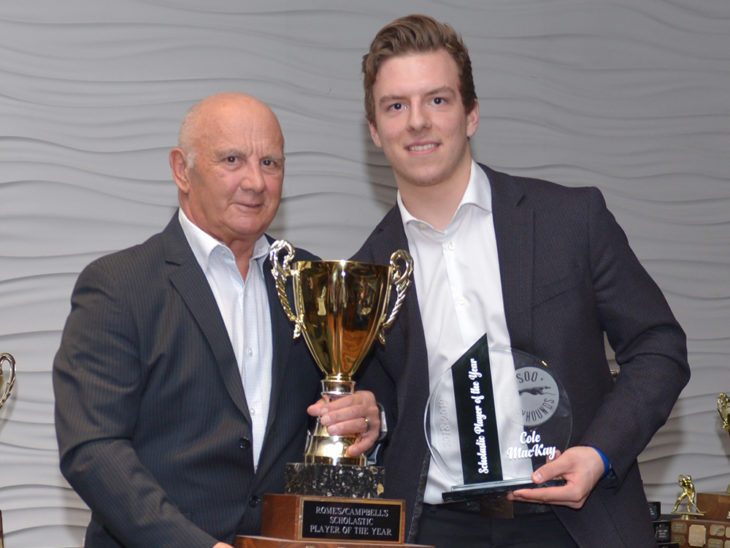 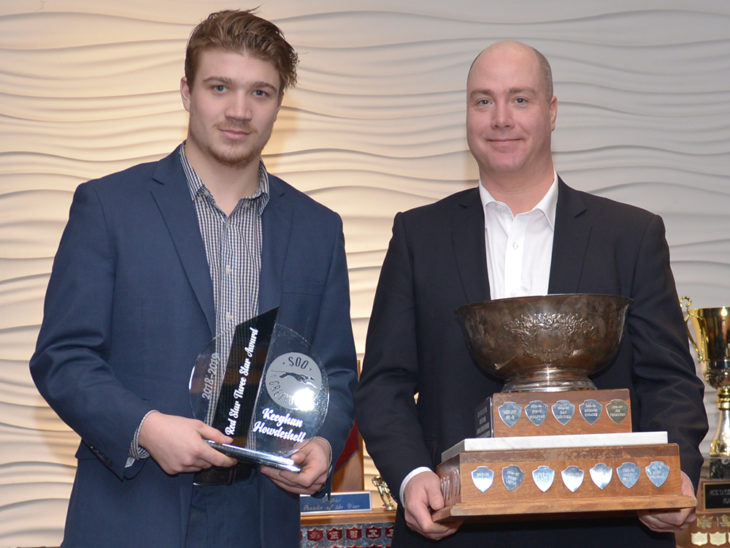 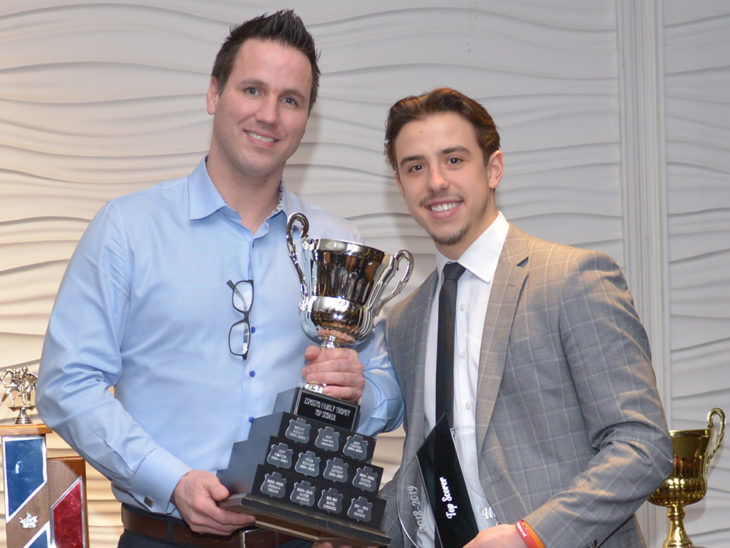 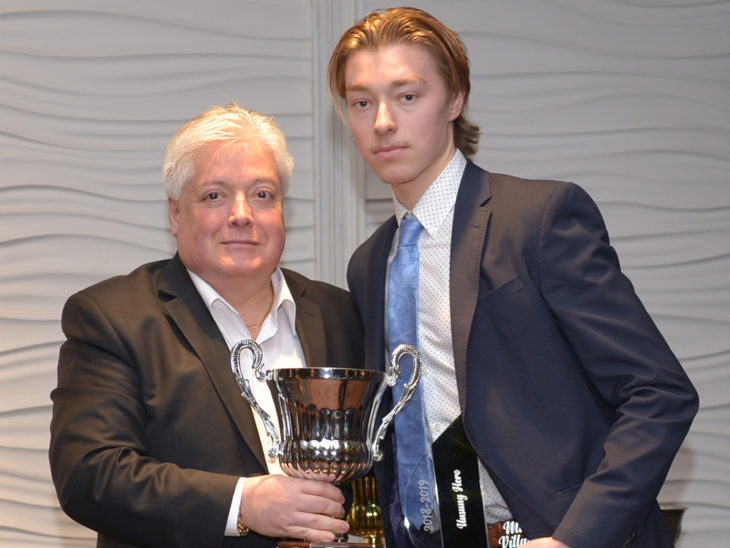 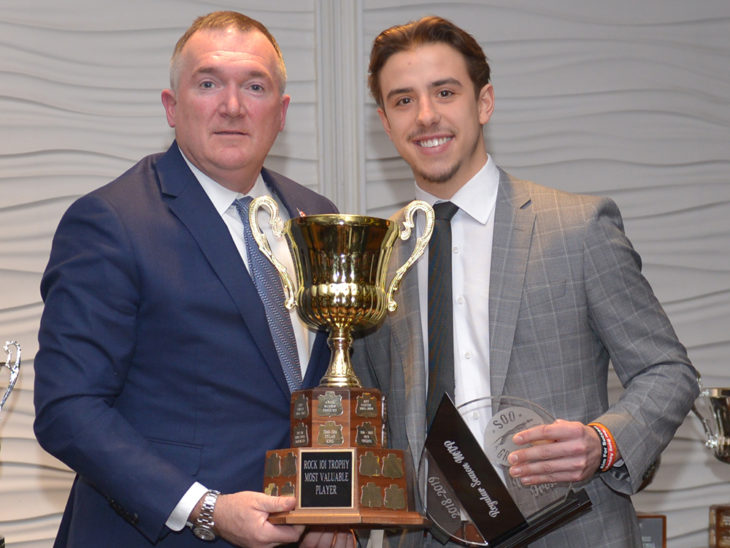 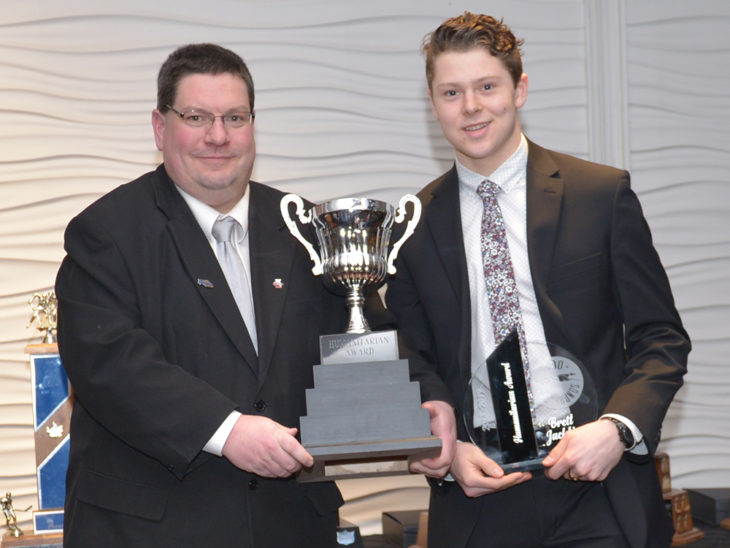 The Soo Greyhounds Hockey Club would like to thank the entire staff at the Marconi Club for the outstanding hospitality on the night.

Congratulations to all of this year’s award winners!