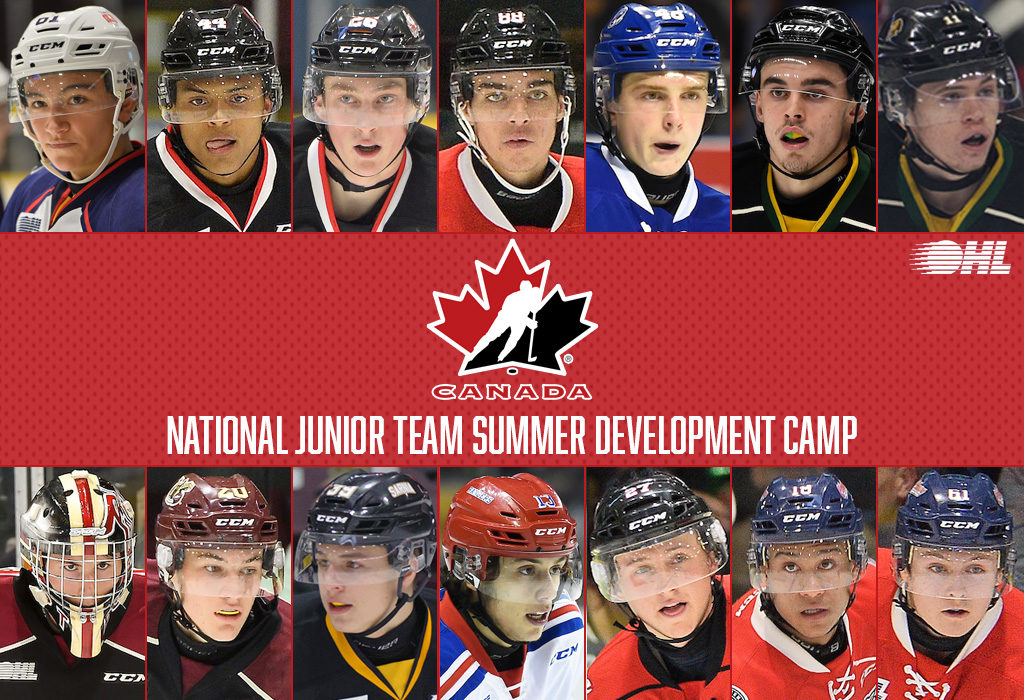 The road to the 2020 World Juniors in Ostrava and Trinec, Czech Republic gets underway this week in Plymouth, Michigan as USA Hockey hosts the 2019 World Junior Summer Showcase featuring other competitors in Canada, Sweden and Finland.

The Canadian squad has assembled in Plymouth with 38 players in attendance including 14 from the Ontario Hockey League. Canada looks to get back into contention this year following a disappointing sixth place finish on home ice in Vancouver this past January.

Canada will play four games over the course of the next five days, squaring off against the United States twice beginning with the first encounter on Tuesday.

Here’s a closer look at this week’s schedule of games as well as the 14 OHL players in attendance in Plymouth.

*invited to camp but unable to participate